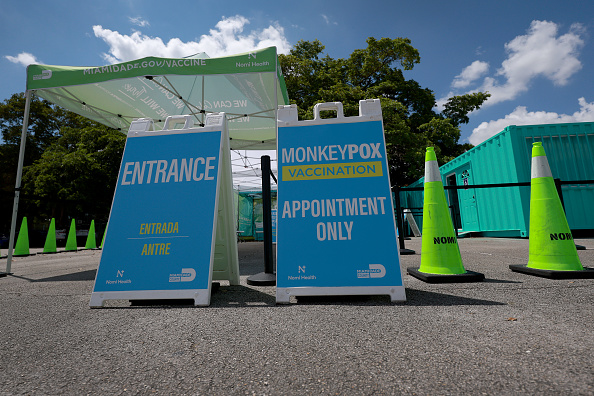 On Monday, Wyoming was the last state to report a case of the illness.

The adult male case was reported by the Wyoming Department of Health in Laramie County, which encompasses the Cheyenne capitol.

Public health officials are now collaborating with the positive person to determine whether other locals are more at risk of developing monkeypox due to probable direct contact.

“Because monkeypox spreads through close, intimate contact we do not believe the risk for the virus is now a higher concern for the local community or for most people in Wyoming,” Wyoming Health Department state health officer and state epidemiologist Dr. Alexia Harrist said in a statement. said. “Monkeypox does not spread easily like familiar viruses such as influenza or COVID-19.”

Since the first case was announced in a Massachusetts patient in mid-May, more than 14,100 infections have been reported across the country as of Monday, CDC data shows.

New York currently has the most infections with more than 2,700, followed by California, Florida, Texas and Georgia, respectively, CDC data shows.

Over the last month, the daily number of reported cases has increased exponentially from 97 per day one month ago to more than 1,300 per day as of Aug. 10, according to the federal health agency.

Most of the cases in this outbreak have occurred during intimate skin-to-skin contact among men who have sex with men, a group that includes people who identify as gay, bisexual, transgender and nonbinary.

However, the CDC has stressed there is no evidence monkeypox is a sexually transmitted disease and that anyone can be infected through close prolonged contact.

While it is also possible to be infected with monkeypox by touching the clothes, sheets or towels of an infected patient or from prolonged face-to-face contact through respiratory droplets, the CDC says most documented transmission has not occurred from either of these two methods.

Two weeks ago, the U.S. Department of Health and Human Services declared the outbreak to be a public health emergency, which officials stated will help with the distribution of treatments and vaccines.

Public health officials urge anyone exposed to monkeypox or thinks that they have been exposed to receive the Jynneos vaccine, which is approved by the U.S. Food and Drug Administration for both smallpox and monkeypox.

As of Aug. 9, more than 620,000 vaccine doses have been shopped and an additional 1.1 million are available to order, according to the HHS.

The CDC says the best way to lower one’s risk of infection is to limit skin-to-skin contact with people whose monkeypox status is unknown, wipe down “high-touch surfaces” their skin may touch and for people to avoid touching their skin or eyes with their hands after coming into contact with a shared surface.