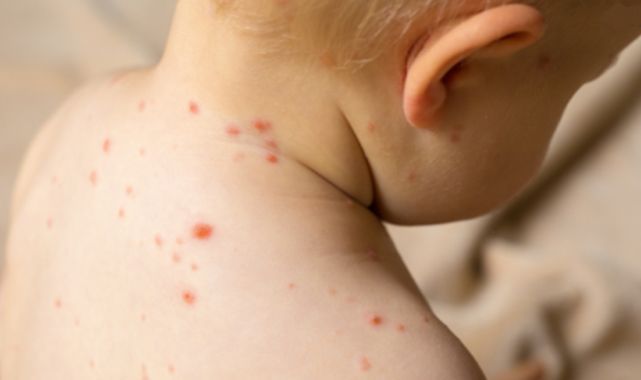 West News Wire: State officials across the nation report that there are at least 31 children in the United States who have tested positive for monkeypox.

According to state records, Florida has discovered cases of monkeypox in two children under the age of four, one in Brevard County and the other in Monroe County.

In a health notice released last month, the Centers for Disease Control and Prevention cautioned that early research indicates monkeypox infection in children under the age of 8 may result in more serious illness.

Since the U.S. confirmed its first case of the year, an adult patient in Massachusetts in mid-May, at least 18,417 people across the nation have tested positive for monkeypox in the ongoing outbreak, according to the latest CDC data, though that number is expected to continue increasing. The virus has been detected in all 50 U.S. states.

California currently has the most reported infections with 3,291, but New York is not far behind with 3,273. They are followed by Florida, Texas, Georgia and Illinois, respectively, with each state reporting over 1,000 infections, according to CDC data.

Most of the cases in this outbreak have occurred during intimate skin-to-skin contact among men who have sex with other men, including those who identify as gay, bisexual, transgender and nonbinary. However, both the CDC and the World Health Organization have stressed there is no evidence monkeypox is a sexually transmitted disease and that anyone can be infected through prolonged close contact.

Monkeypox is a rare illness caused by infection with the monkeypox virus, part of the same family of viruses as the variola virus, which causes smallpox. Monkeypox symptoms are similar to smallpox symptoms, but less severe and rarely fatal, according to the CDC.

While smallpox was declared eradicated worldwide in 1980, monkeypox continues to be endemic to Africa, where it primarily occurs in rural, tropical rainforest areas of central and west African countries. The virus is occasionally exported to other regions but has rarely spread outside Africa, according to the WHO.

The CDC currently lists two vaccines that can be used to prevent monkeypox, only one of which JYNNEOS is approved by the U.S. Food and Drug Administration. Supplies and availability are currently limited.

Monkeypox is a viral zoonotic disease, meaning it can spread from animals to humans. It can also spread from humans to other humans and from contaminated objects to humans, according to the WHO.

The virus was discovered in 1958 when outbreaks of a pox-like disease occurred in colonies of monkeys that were imported to Denmark for research. Despite its name, the source of monkeypox remains unknown, according to the CDC.

The first human case of monkeypox was recorded in a 9-month-old boy in the Democratic Republic of the Congo in 1970, two years after smallpox had been eliminated in the region. Prior to 2022, most human cases were reported in Congo and Nigeria, according to the WHO.

In 2003, 47 instances of monkeypox both confirmed and probable were reported in residents of six different states in the United States: Illinois, Indiana, Kansas, Missouri, Ohio, and Wisconsin. All people who contracted the disease fell ill after coming into touch with prairie dogs kept as pets and kept close to imported small mammals from Ghana. No fatalities were reported, and no signs of transmission from person to person were discovered. According to the CDC, it was the first time a monkeypox case in a human had been found outside of Africa.

More than 41,600 confirmed cases of monkeypox, including at least 12 fatalities, have been reported since the beginning of this year in 96 different nations, with the U.S. accounting for the great majority of infections, according to the WHO.