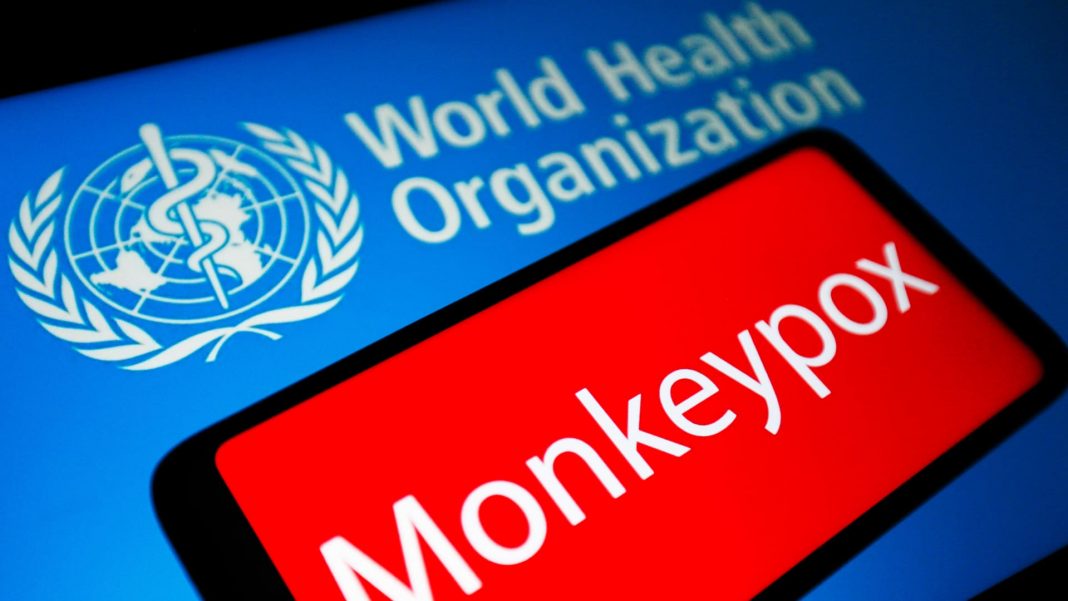 West News Wire: The outbreak of monkeypox in more than 70 countries has been deemed a “emergency of international concern” by the World Health Organization (WHO).

The WHO designation of a “public health emergency of international concern” is intended to raise awareness that a coordinated global response is required and may mobilize financing and international cooperation on the sharing of vaccinations and treatments.

Governments are urged to increase awareness among physicians and medical facilities, implement preventative measures in suspected cases, and instruct the populace on infection prevention.

Despite the fact that there was no agreement among the specialists on the emergency committee of the UN agency for health, WHO Director-General Tedros Adhanom Ghebreyesus decided to make the proclamation. The head of the UN health agency was there for the first time.

Announcing his decision to declare the health emergency during a media briefing in Geneva, Tedros confirmed that the committee had failed to reach a consensus, with nine members against and six in favour of the declaration.

“We have an outbreak that has spread around the world rapidly through new modes of transmission about which we understand too little and which meets the criteria in the international health regulations,” Tedros said on Saturday.

“I know this has not been an easy or straightforward process and that there are divergent views among the members” of the committee, he added.

Tedros said there are now more than 16,000 reported cases from 75 countries and territories, and five deaths.

“There are characteristic monkeypox rashes that [people] should be looking at, particularly if they’re in an elevated risk group and they’ve had sexual relationships or close physical contact with somebody who might be ill,” said Lawrence Gostin, Director of the WHO Center on Global Health Law and Founding O’Neill Chair in Global Health Law at Georgetown University.

“There should be contact tracing…widespread testing and a strategic deployment of vaccines to try and nip this in the bud. But the window for containment of monkeypox is rapidly closing and we fear that this could become endemic in Europe, North America and other parts of the world over the next months,” Gostin told news reporters from Washington, DC.

A global emergency is WHO’s highest level of alert, but the designation does not necessarily mean a disease is particularly transmissible or lethal.

WHO’s emergencies chief, Dr Michael Ryan, said the director-general made the decision to put monkeypox in that category to ensure the gobal community takes the current outbreak seriously.

Monkeypox has been established in parts of Central and West Africa for decades, but it was not known to spark large outbreaks beyond the continent or to spread widely among people until May, when authorities detected dozens of epidemics in Europe, North America and elsewhere.

“We should absolutely be worried [about monkeypox]. We’ve seen an exponential rise in monkeypox cases in five WHO regions of the world,” Gostin said.

“Outside of endemic areas in Central and East Africa, it’s primarily but not exclusively within communities of men who have sex with men but that should not lead to complacency. That community matters a lot and also could easily spill over into other communities, as we’ve seen with the HIV epidemic.”

To date, monkeypox deaths have only been reported in Africa, where a more dangerous version of the virus is spreading, mainly in Nigeria and Democratic Republic of Congo.

In Africa, monkeypox mainly spreads to people by infected wild animals like rodents in limited outbreaks that typically have not crossed borders. In Europe, North America and elsewhere, however, monkeypox is spreading among people with no links to animals or recent travel to Africa.

Last month, WHO’s expert committee said the monkeypox outbreak did not yet amount to an international emergency, but the panel convened this week to reevaluate the situation.