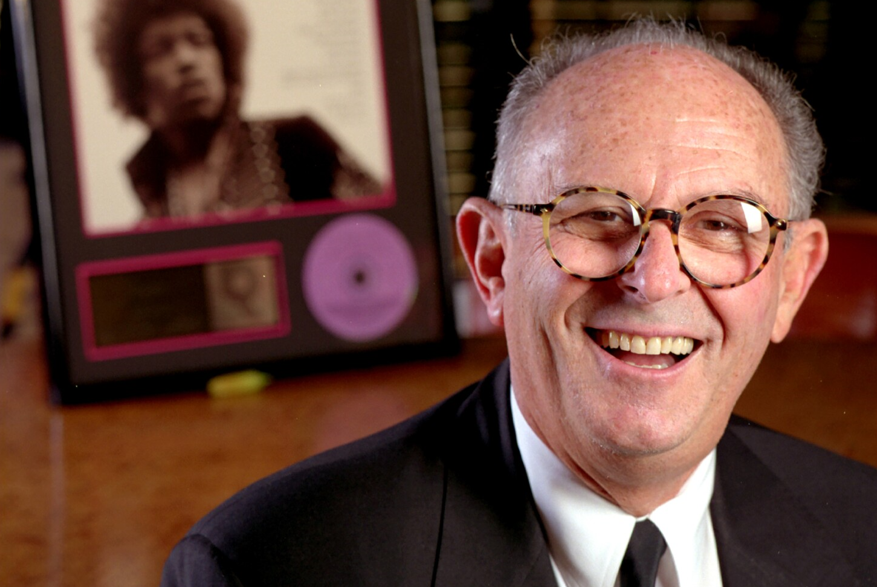 West News Wire: Mo Ostin, the self-effacing music industry titan who presided over Warner Bros. Records’ ascent to a huge, billion-dollar empire and helped discover and nurture musicians ranging from Jimi Hendrix to Green Day, has died. He was 95.

Ostin, a member of the Rock and Roll Hall of Fame, died “peacefully in his sleep” on Sunday, according to Warner Records. The company described him as “one of the greatest record men of all time” in a statement.

“He remained a persistent advocate for creative freedom, both for the talent he fostered and for the people who worked for him.” Mo spent a remarkable life doing what he loved, and he will be greatly missed by the business he helped develop, as well as by innumerable artists and colleagues whom he inspired to be their best selves,” said Tom Corson, co-chairman and COO, and Aaron Bay-Schuck, co-chairman and CEO, in the statement.

Short and bald and mild in demeanor, “Chairman Mo” was never as famous as such rival moguls as Clive Davis or Walter Yetnikoff, but few equaled his power or prestige as rock music officially became big business. For decades, Ostin thrived on the simple, underused idea of taking on talented and original performers and letting them remain talented and original, whether Hendrix and Neil Young, Fleetwood Mac and Paul Simon, or R.E.M. and Green Day.

“Mo Ostin was one of a kind,” Davis tweeted. “The company he chaired was truly unique in its very special management of artists and the extraordinary depth and range of talent on its roster. Mo’s artists deeply impacted contemporary music and culture profoundly and historically.”

Under Ostin’s leadership, Warner signed Hendrix when the guitarist was hardly known beyond the London club scene, Fleetwood Mac when they were a blues act and the Grateful Dead when their legend was confined to the Bay Area. John Lennon and Yoko Ono, George Harrison, Nirvana, Madonna, Eric Clapton, James Taylor, Prince, R.E.M. and Guns N’ Roses were among the other performers who joined Warner during his reign.

“Intimidation is not the answer,” Ostin, in a rare interview, told The Los Angeles Times in 1994. “I don’t know why, but corporate people have a tendency to think in terms of immediate gratification. Sure, you can squeeze another dollar out of anything, but that’s not what makes a record company run profitably.”

He also assembled an elite and trusted team of executives, including producer-Warner president Lenny Waronker and advertising-marketing head Stan Cronyn. David Geffen, whose Geffen label was distributed by Warner, would eventually hire Ostin to run the DreamWorks music division.

Ostin started at Warner in 1963, became president in 1970, chairman soon after and rarely faltered over the next quarter century as the once-marginal label eventually included Elektra, Atlantic, Sire, Geffen’s Asylum and Madonna’s Maverick Records among others. With corporations finally embracing the music they once disdained, Warner competed fiercely with CBS Records and its leader, Yetnikoff for industry leadership. Ostin’s prime was an era of high-level bidding and poaching, whether Warner’s taking Simon from Columbia or Columbia’s convincing Taylor to leave Warner.

Ostin was praised for his judgment and for his patience, sticking with artists such as Simon and Van Morrison even when their albums didn’t sell. He even inspired some songs, including Young’s “Surfer Joe” and Harrison’s playful ballad “Mo,” featured on a six-CD compilation of music that Ostin had helped release.

His ouster in 1994 led to new tributes. “Mo, Mo, why do you have to go?/You’re the first record company guy/That looked me in the eye,” the Red Hot Chili Peppers’ Flea wrote. Numerous artists and executives left Warner after his departure.