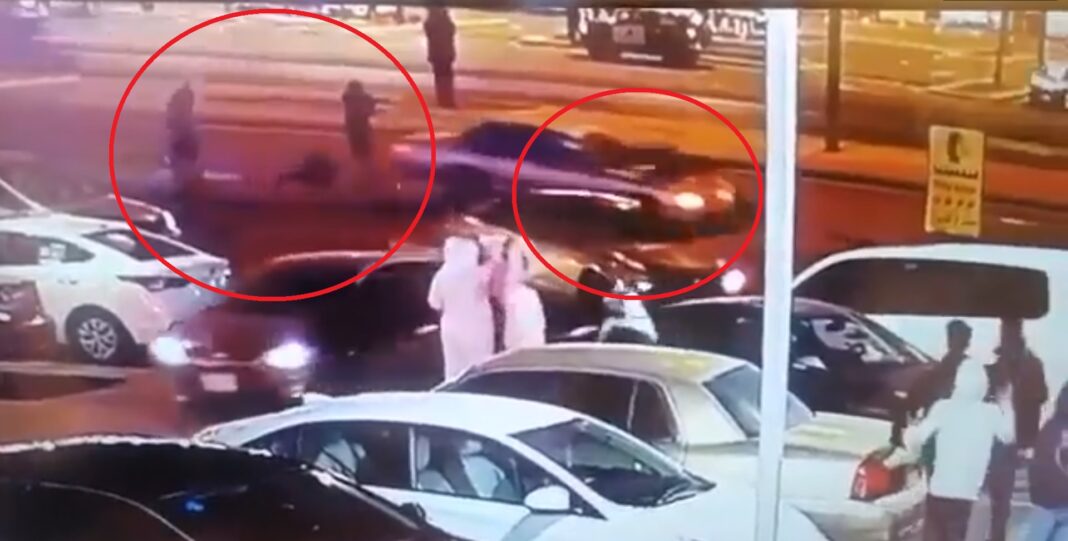 West News Wire: The official spokesman for the Red Crescent in Asir region of Saudi Arabia explained the circumstances of an accident that left two girls injured while they were trying to cross a road in Khamis Mushait.

A video taken from CCTV footage and shared on social media showed a group of five women trying to cross an undesignated area in Khamis Mushait area.

Footage showed a speeding car hitting two women and barely missing a third woman, who fell on the ground.

According to a report, two ambulance teams reached the site of the run-over accident, which resulted in two injuries, one moderate and the other minor.

The official said that the accident occurred on Saturday at around 10:50 pm, indicating that the two injured girls were taken to the hospital for treatment.

The authorities have urged members of the public to adhere to traffic laws and motorists must drive carefully when in residential areas.