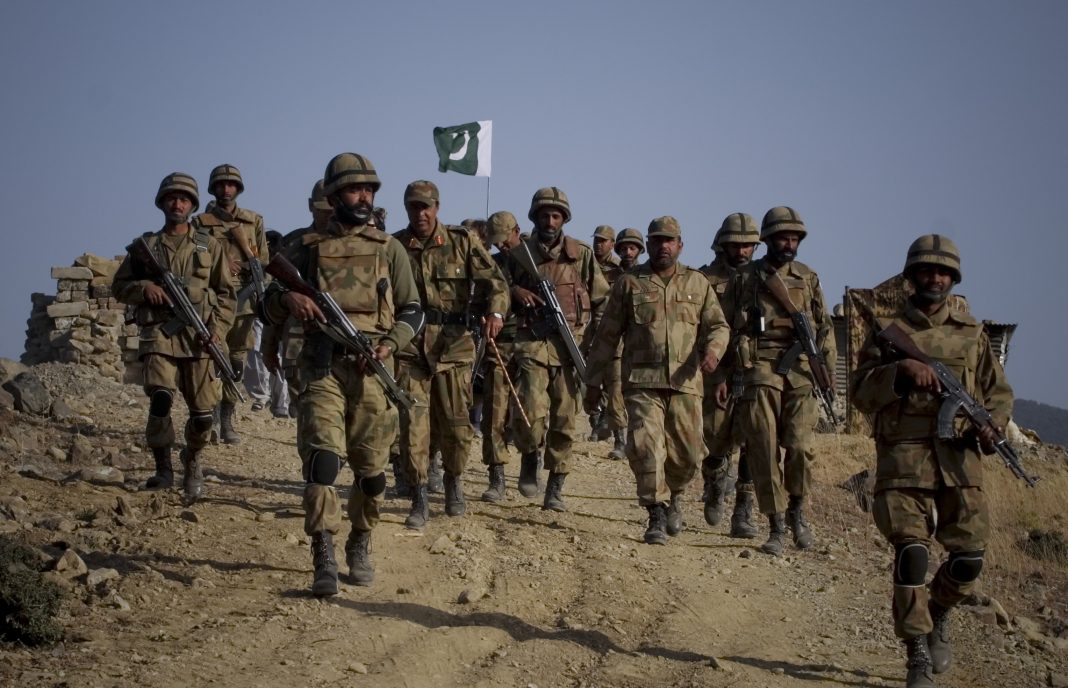 West News Wire: Militants in Afghanistan fired heavy weapons across the border onto a Pakistani military station overnight, killing three people, according to the army.

The militants opened fire on the army base in Pakistan’s harsh North Waziristan region, killing multiple people, according to the statement. There was no way to independently authenticate the attack’s details right away.

It comes as Afghanistan has been rocked by a succession of explosions in recent days, including a mosque bombing in northern Kunduz province on Friday that killed 33 people, including numerous pupils from an adjacent religious institution or madrassa.

Seven students were killed in an attack on the Abdul Rahim Shaheed school in Kabul on Thursday. It re-opened on Saturday, with children remembering their fallen classmates with roses.

The striking increase in attacks in Afghanistan as well as in neighboring Pakistan highlights the growing security challenge facing Afghanistan’s Taliban rulers, who swept to power last August in the closing days of the chaotic withdrawal of American and NATO troops ending their 20-year war.

Even as their harsh religiously motivated edicts, which seemed reminiscent of their late 1990s rule, drew harsh criticism, their seemingly heavy-handed approach to security brought early expectations of improved safety.

However a vicious Islamic State affiliate known as the Islamic State in Khorasn Province, or IS-K which claimed the recent spate of attacks in Afghanistan as well as a growing number in neighboring Pakistan is proving an intractable challenge.

IS-K took responsibility for a series of attacks across Afghanistan on Thursday, most of which targeted the country’s minority Shiites who the radical Sunni Muslim group revile as heretics.

Still, the IS-K, which is an enemy of Afghanistan’s Taliban rulers, is not the only militant organization in Afghanistan contributing to the security dilemma facing Kabul’s religiously driven government.

The violent Pakistani Taliban, known as the Tehreek-e-Taliban Pakistan or (TTP) which the United Nations says numbers around 10,000 in Afghanistan has stepped up its assault on Pakistan’s military outposts from its Afghan hideouts. Even the upstart IS-K has taken responsibility for some of the attacks targeting Pakistani military personnel, damaging relations between the two countries.

Afghanistan’s Taliban rulers have promised no militant group would use its soil as a base to attack another country, but Kabul has yet to arrest or hand over any TTP leaders in Afghanistan to Pakistan. Other militant groups also operating in Afghanistan include China’s militant Uighurs of East Turkistan Movement, which seeks independence for northwest China, and the Islamic Movement of Uzbekistan (IMU).