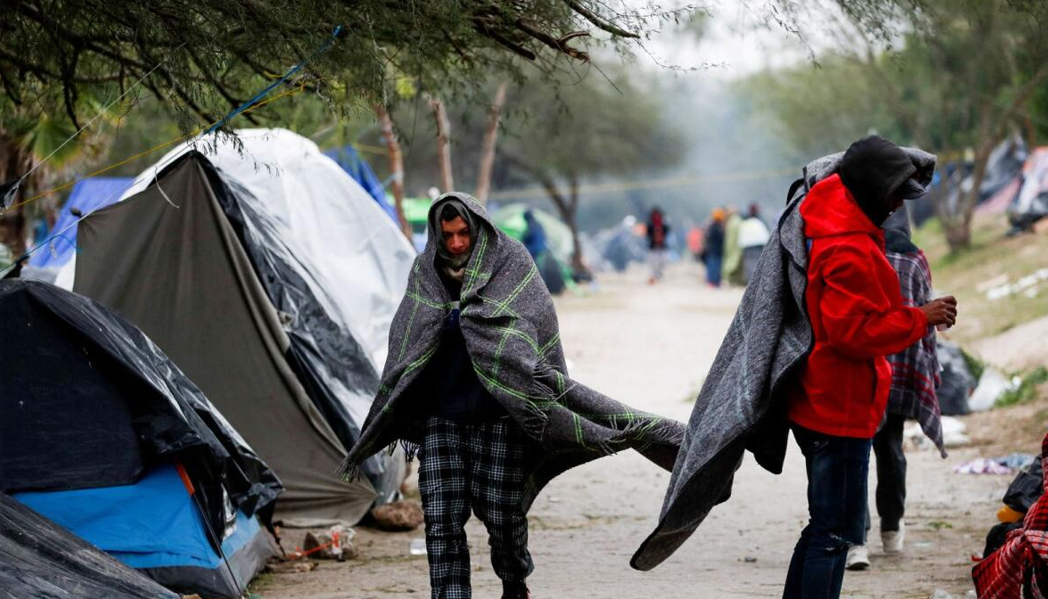 West News Wire: As they endure the bite of a winter storm wreaking havoc on the area, hundreds of migrants are camped out in the cold at Mexico’s northern border over Christmas, hoping for a prompt lifting of restrictions imposed by the US.

Many migrants will spend the Christmas holiday in what Mexico’s weather agency described as “a mass of Arctic air” after the US Supreme Court this week decided that limitations known as Title 42 could remain in effect temporarily.

“I will remain here. Walmix Juin, a 32-year-old Haitian immigrant preparing for the weekend in a flimsy tent in Reynosa, a community over the border from McAllen, Texas, asked, “Where else can I go?” “I never imagined spending Christmas in this way.”

Temperatures in the border cities of Matamoros and Reynosa, where several thousand people are camping outside or in bare-bones shelters, are expected to hover around freezing on Saturday and only slightly improve on Sunday.

Further west in Ciudad Juarez, where hundreds of migrants have been lining up to seek asylum at the border with El Paso, Texas, temperatures are forecast to drop to minus six degrees Celsius (21 degrees Fahrenheit). Many have been sleeping in the streets.

He said he has been waiting for two months with his wife and three sons.

“Immigration expelled us. Because what they told us is that everything from Central America is blocked, is closed off. Guatemalans, Salvadorans, Nicaraguans, Hondurans – they aren’t entering the US. We’re waiting for Title 42 to be nullified.”

In El Paso, Texas, record numbers either crossed undetected or were apprehended and released in recent weeks. In response, the Texas National Guard was deployed to the border this week.

The city’s shelters are already packed beyond capacity, leaving little time for festive celebrations and many migrants camped out in the streets in below-freezing weather.

At one encampment, 25-year-old El Paso resident Daniel Morgan showed up this week in a Santa hat and a green sweater featuring bows and little stockings that he hoped “would spread a smile”.

“It’s a really complex issue that I’m no expert at,” Morgan told AP as he distributed a batch of about 100 sweets he had baked. “Christ came to the world to give himself over to us, and for me, that’s like the whole reason for why I came down: to give out to other people what I have.”

Title 42 allows the US to return migrants to Mexico or certain countries without a chance to request asylum. It had been due to end on December 21 before the court ruling. Without clarity on when it will finish, some officials worry their cities could be overwhelmed if more migrants turn up.