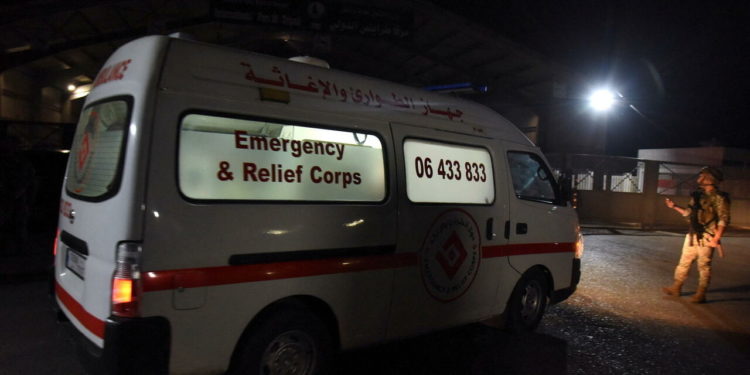 West News Wire: A child has died and 45 people have been rescued when a boat carrying approximately 60 migrants capsized off the coast of Lebanon, where hazardous sea crossings have increased as a result of the country’s economic problems.

“Fifty-five people have been rescued, and the body of one child has been recovered” from the boat that sank off the coast of Tripoli on Saturday, according to Public Works and Transport Minister Ali Hamie.

He estimated that roughly 60 people were on board the ship transporting migrants out of Lebanon.

The Lebanese government said in a statement that Prime Minister Najib Mikati was following the sinking of a boat carrying passengers that departed from the Qalamoun area, south of Tripoli.

The Lebanese Red Cross said it had sent 10 ambulances to Tripoli.

An AFP news agency correspondent said the army had closed off the port, allowing entry only to ambulances which were zipping in and out.

The families of some of the passengers gathered to check on their loved ones but they were denied access.

“This happened because of the politicians who forced unemployed Lebanese to leave the country,” AFP quoted one man waiting for news of a relative outside the port as saying.

Lebanon, a country of about six million people, is grappling with an unprecedented financial crisis that the World Bank says is on a scale usually associated with wars.

Its currency has lost more than 90 percent of its purchasing power and the majority of the population lives below the poverty line.

The United Nations refugee agency says at least 1,570 people, 186 of them Lebanese, left or tried to leave by sea from Lebanon between January and November 2021.

Most were hoping to reach European Union member state Cyprus, an island 175km (110 miles) away. This is up from 270 passengers, including 40 Lebanese, recorded in 2019.

Most of those trying to leave Lebanon by sea are Syrian refugees, but Lebanese have increasingly joined them.

Tripoli is Lebanon’s second city and is the poorest city in the Mediterranean region, according to the UN-Habitat programme.