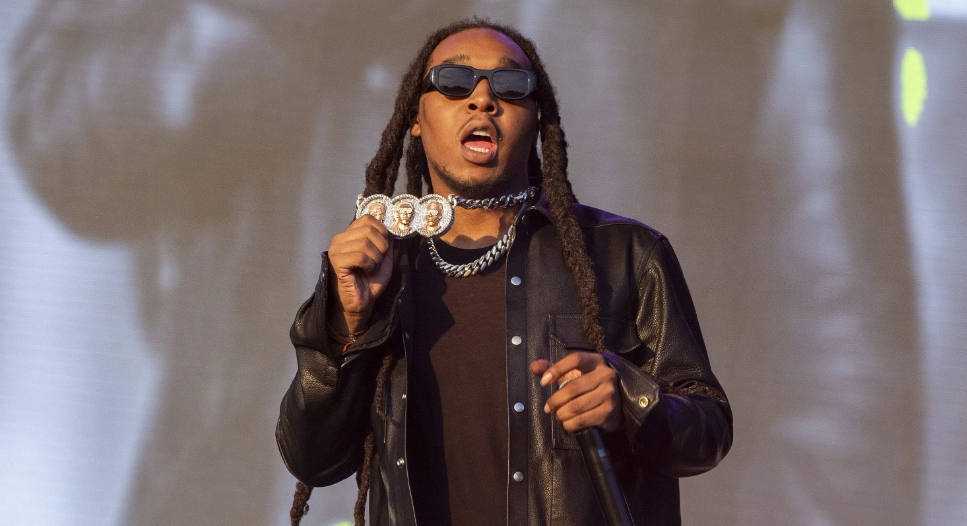 West News Wire: According to his representative, the rapper Takeoff, a member of the hip-hop group Migos, was fatally shot in Houston, he was 28.

Early on Tuesday, police were called to a reported gunshot at a bowling alley, where they said that one guy “was found deceased upon arrival.”

More than seven hours after the shooting, an AP reporter on the scene saw a body carried into a medical examiner’s van at 10 a.m. local time (15:00 GMT).

Along with his uncle Quavo and cousin Offset, Takeoff, whose true name is Kirshnik Khari Ball, was a member of the group Migos. The death was verified to AP by a Migos spokesperson who was not authorized to comment in public.

The New York Times also reported that the rap star was killed, citing an unidentified source.

But Houston police said they will not release the victim’s name “until his family is notified” and identity is confirmed by the country morgue. Authorities said they will hold a news briefing on the shooting later on Tuesday.

Security guards who were in the area heard the shooting but did not see who did it, a police spokesperson said. Two other people were injured and taken to hospitals in private vehicles.

No arrests have been announced. Media members at the scene later Tuesday morning were being kept across the street, which was otherwise blocked off to the public.

Takeoff was the youngest member of Migos, the rap trio from suburban Atlanta, Georgia in the United States. They first broke through with the massive hit Versace in 2013. The song was remixed by Drake, heightening its popularity.

The group had four Top 10 hits on the Billboard Hot 100, though Takeoff was not on their multi-week number-one Bad and Boujee, featuring Lil Uzi Vert. They put out a trilogy of albums called Culture, Culture II andCulture III, with the first two albums hitting number one on the Billboard 200 album chart.

They also earned an ASCAP Vanguard Award in 2018, for their streaming success with multiplatinum songs like Motorsport (featuring Cardi B and Nicki Minaj), Stir Fry and Walk It Talk It.

The trio also played a fictional version of themselves on an episode of the hit TV show Atlanta, but the group wasn’t currently together.

Offset, who is married to Cardi B, released a solo album in 2019, while Takeoff and Quavo released a joint album Only Built for Infinity Links last month.

Several artists and celebrities paid tribute to Takeoff as news of his death started spreading online.

“Rest In Peace, Takeoff,” progressive advocate Nina Turner wrote on Twitter. “The gun violence is so extremely senseless. Sending love to his family and loved ones.”

The boxer Chris Eubank Jr described the late rapper as a “down to earth, cool dude”. Others also praised him as humbled and lauded his rapping skills.

“Rest in Peace Kirshnik ‘Takeoff’ Khari Ball”, the Atlanta Falcons US football team wrote on Twitter. “Takeoff’s legacy lives on in Atlanta and across the world. Our deepest sympathies go out to his family and friends.”