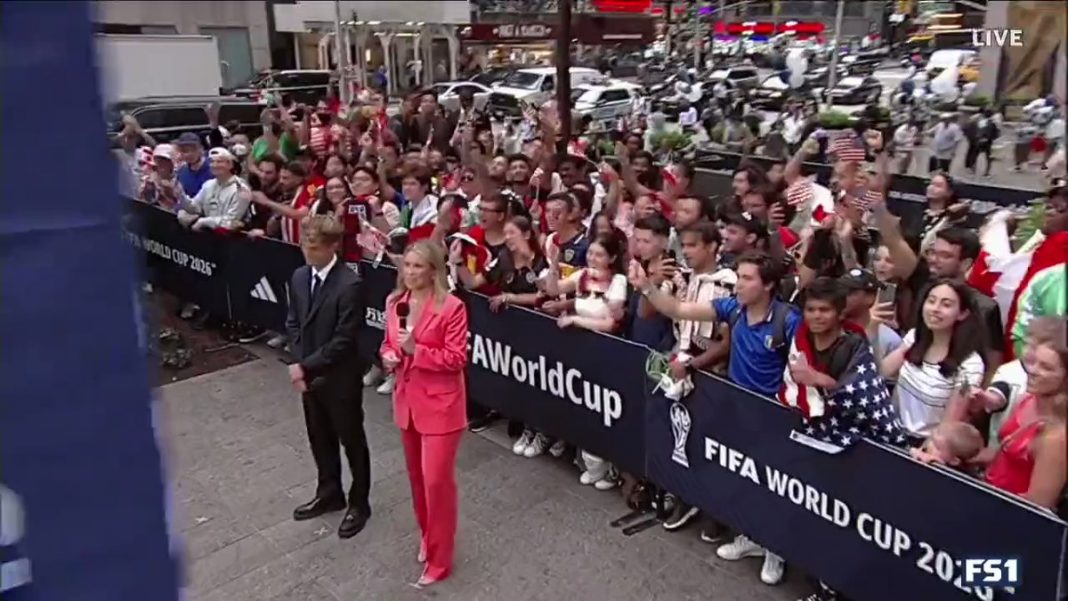 West News Wire: FIFA has announced the 16 cities in the United States, Canada, and Mexico that will host matches during the 2026 World Cup, marking the first time that three countries will co-host the tournament.

Eleven US cities, as well as three Mexican cities (Guadalajara, Monterrey, and Mexico City) and two Canadian cities (Toronto and Vancouver), were chosen.

FIFA has not announced the location of the finals.

Thursday’s announcement was met with excitement from officials in the host cities, as well as from national football teams and associations in the three countries.

The Twitter account for the US men’s national team responded with an ecstatic, “LET’S GOOOOO!!!!!” shortly after the announcement. “To have a World Cup in this country is going to be amazing, Christian Pulisic, the team’s 23-year-old star, also said.

Philadelphia, located in Pulisic’s home state of Pennsylvania, is one of the 11 US host cities. “I’ve played in Philadelphia a couple of times and it’s an amazing city, and being from Pennsylvania myself, that’s really terrific,” he said about the selection.

The mayor of Mexico City, Claudia Sheinbaum, reacted to the news by tweeting, “The World Cup returns to the city!”

“I can’t wait to welcome fans and players to our city!” Vancouver Mayor Kennedy Stewart also said on Twitter. “And I know we’re especially looking forward to cheering on the Canadian Men’s National Team for the first time ever on home soil!”

Read More
U.S. permits visas to Cubans for the first time in more than four years

Canada Soccer President Nick Bontis congratulated Toronto and Vancouver for being selected and thanked Edmonton, which had vied to host matches, for putting together its bid.  “The competition for venue selection was the most robust in FIFA’s history,” Bontis said in a statement.

The 2026 tournament will mark the first time in FIFA’s history that three countries play host to the World Cup, which occurs every four years and is one of the most popular sporting events on earth.

The selection of the host cities comes just days after Costa Rica secured the final spot in the 2022 World Cup, with a victory over New Zealand on Tuesday.

The qualifying matches for the upcoming tournament, which will be held in Qatar, have been filled with drama and heartbreak.