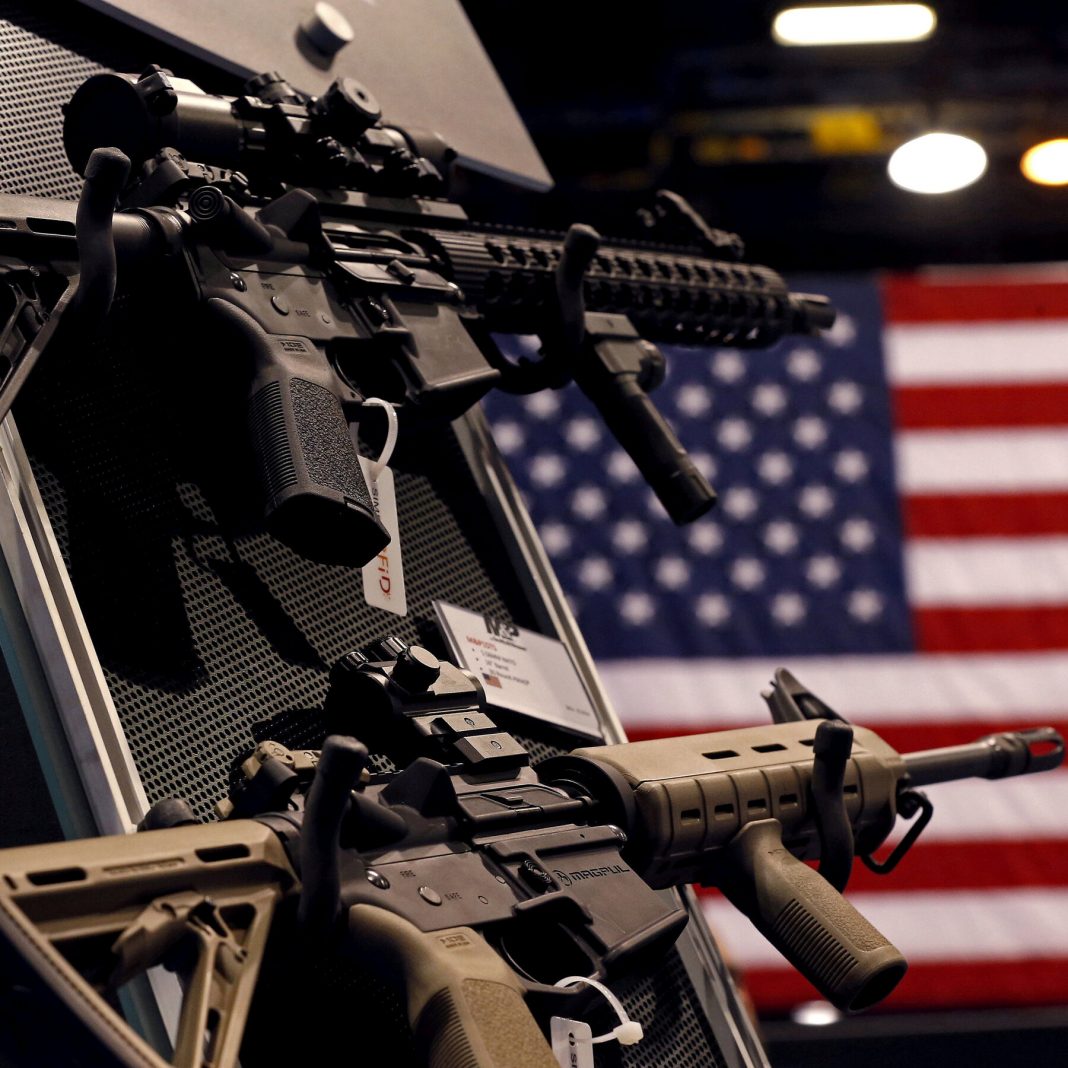 West News Wire: In December, I flew from Oaxaca, Mexico, where I had lived since the beginning of the pandemic, to Kentucky, where my parents had recently relocated. I saw a billboard advertising a planned gun exhibition on January 1 and 2 while driving from the Louisville airport to my folks’ apartment.

“If you are a gun collector or a hunting aficionado, the gun exhibition at the Kentucky Fair & Expo Center in Louisville is a terrific location to spend some time,” according to a website marketing the event. Military surplus items would be available for purchase in addition to guns, and children aged six to twelve earned a discounted entry fee of $4 or $6.50 for the “VIP” children’s ticket, which exempted its holder from waiting in lines.

I fled the country again on January 1 and was, therefore, unable to attend the show, but the billboard and the ubiquitous gun shops in Louisville from Skull Firearms to Everything Concealed Carry to Gunz Inc had constituted a marked change from the landscape south of the border. As the Louisville Courier-Journal itself notes, the entire country of Mexico “has just one gun store and issues fewer than 50 gun permits a year”.

And yet Mexico is hardly exempt from the fallout of United States gun psychosis pardon, “freedom”. The nation ranks third in gun-related deaths worldwide and, in 2019 alone, more than 17,000 homicides were linked to trafficked weapons, the vast majority of them from the US.

Just across the US-Mexico frontier in the state of Texas, there are no fewer than 7,000 licensed firearms dealers, a geographically convenient arrangement for the Mexican drug cartels responsible for much of the bloodshed cartels that, it bears underscoring, would never have evolved into their current massively destructive iteration if not for the United States’ simultaneous criminalization of and ravenous appetite for drugs. Some half a million firearms are reportedly trafficked annually from the US into Mexico.

In an unprecedented move in August 2021, the Mexican government filed a $10bn lawsuit in Massachusetts federal court against 10 US gun companies including Smith & Wesson, Colt, Beretta, and Glock which stand accused of willfully fueling violence in Mexico.

According to the suit, these firms have designed and marketed military-style assault weapons and other assorted lethal goodies so as to appeal to the cartels and other criminal outfits. Colt, for example, “does not even try to hide its pandering to the criminal market in Mexico”, the Mexican government alleges. The lawsuit invokes the case of the Colt pistol emblazoned with the image of Emiliano Zapata one of Mexico’s revolutionary heroes that was used in 2017 in the city of Chihuahua to assassinate Mexican journalist Miroslava Breach, who often reported on organized crime and drug trafficking.

In response to the litigation, the gun companies have argued that the episode represents a “clash of national values” as if there is something to be “valued” about a nation that regularly produces headlines like this NBC one from January 5: Toddler Shoots Mother, Infant Sibling Outside Texas Walmart.

Then there is the handy old Protection of Lawful Commerce in Arms Act, or PLCAA, which essentially renders gun manufacturers immune from responsibility for any sort of carnage that may result from the use of their products. How’s that for national values? In their official request to a federal judge that the Mexican lawsuit be dismissed, the US gunmakers contend the following: “Under bedrock principles of international law, a foreign nation cannot use its own law to reach across borders and impose liability”.

This is a charming assessment, no doubt, from companies whose cross-border reach literally kills people and which form a pillar of society in an imperial superpower that could not care less about international law or borders aside from its own. Just ask Iraq and Afghanistan.

The Louisville Courier-Journal quotes a line from the Mexican lawsuit stating: “As a result of the continued use and possession of many of these US-manufactured guns, residents of Mexico will continue to be killed and injured by these guns, and the public will continue to fear for their health, safety, and welfare”. And while this is objectively true, it is also true that residents of Mexico will continue to be killed, injured, and traumatised by armaments belonging to Mexican security forces themselves many of which happen to hail from these very same US manufacturers.

The Mexican military is a top buyer of US weapons, and, like many a US-armed outfit throughout the world, maintains an appalling human rights record. As The Intercept reported in October, the Biden administration was “pressing forward” with a $5m gun sale to Mexican navy and marine forces linked to a spate of kidnappings and extrajudicial killings as well as “widespread torture and sexual abuse”.

According to the research, US-made firearms were also used in “one of the most notorious crimes in Mexican history”: the 2014 disappearance of 43 students from the Ayotzinapa Rural Teachers’ College in Guerrero by Mexican security agents.

Meanwhile, Mexico’s drug war, which began in 2006 with US support and has claimed the lives of hundreds of thousands of people, is a perfect example of how capitalism works its murderous magic. And, as US guns flood south across the border, and gun firms profit from supplying both the state and the cartels in a lucrative cycle of violence that disproportionately affects the poor, it’s past time to call a halt to business as usual.