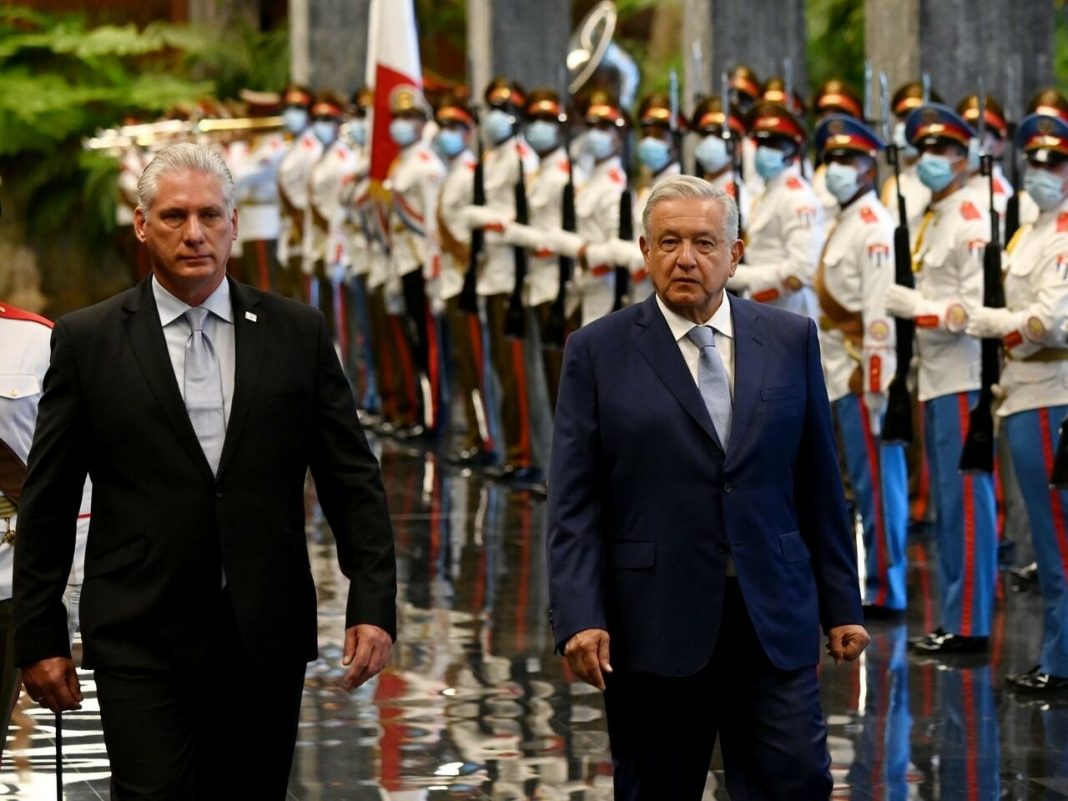 West News Wire: On the final day of a migration-themed trip of Central America and the Caribbean, Mexico’s President Andres Manuel Lopez Obrador called for an end to US sanctions against Cuba.

During his journey, which took him to Guatemala, Honduras, El Salvador, and Belize, Lopez Obrador urged the United States to assist fix the underlying economic problems that are fueling the migration flow.

According to US customs data, more over 78,000 Cubans arrived in the US via Mexico between October 2021 and March this year.

The wave has been fueled by the communist nation’s worst economic crisis in nearly three decades, which it blames in large part on six decades of US sanctions that were tightened under Donald Trump.

On Sunday, Lopez Obrador said he would continue to insist that the United States lift what he called a blockade against the island nation.

Many thousands of US-bound undocumented migrants, most of them Central Americans, cross Mexico’s southern frontier with Guatemala each year fleeing poverty and violence.

US Customs and Border Protection officials have registered 7,800 undocumented migrants a day along the border with Mexico in recent weeks almost five times the average in 2014-2019.

Lopez Obrador argued on his trip that migration from Latin America was “the result of the difficult conditions in our countries, from the Rio Grande to the south.”

“The will of Latin Americans is not enough; we also need the United States to become clearly involved in solving a problem that also affects it and to contribute to financing job creation projects,” he said in Honduras.

And in El Salvador, Lopez Obrador argued that “the United States, a protagonist of the migration phenomenon, must, therefore, be jointly responsible for solving it, modifying its migration policy.”

The Mexican leader also insisted that all countries of the region should be able to take part in a Summit of the Americas to be held in Los Angeles in June. Cuba, Nicaragua and Venezuela were not invited.

He said Sunday he would “insist with President (Joe) Biden that no country of the Americas is excluded.”

Lopez Obrador arrived in Havana on Saturday on the heels of an explosion at a luxury hotel in the city center that killed at least 30 people.

His visit marks 120 years of diplomatic relations with Cuba. Mexico is the only Latin American country not to join the global effort to isolate Fidel Castro’s government in the 1960s, instead maintaining trade with Havana.

Lopez Obrador was received Sunday by his counterpart Miguel Diaz-Canel with military honors, before the men sat down for talks.