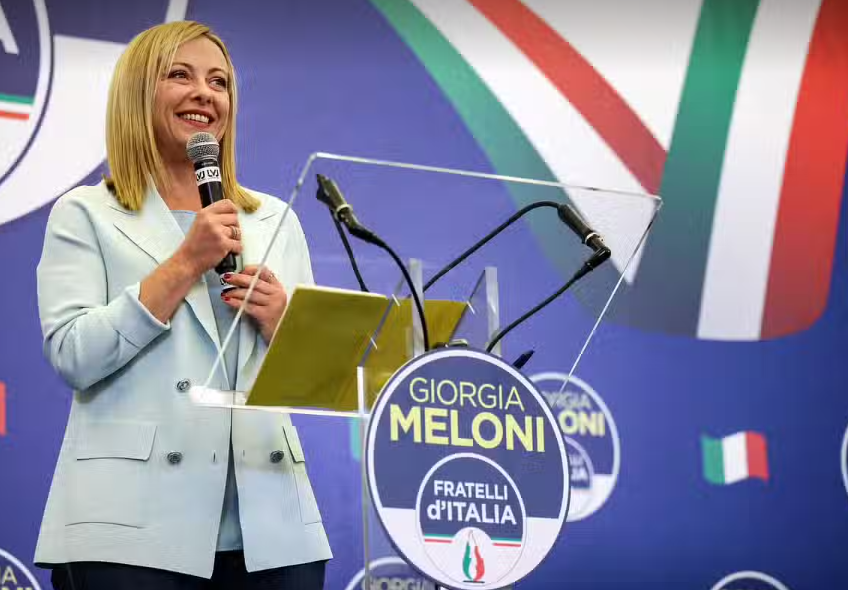 Early election results made public by the Interior Ministry on Monday indicated that the coalition would hold a commanding majority in both houses of the Italian parliament after the bulk of votes had been tabulated.

After more than 90% of the votes were counted, the ministry reported that Brothers of Italy had a 26% lead. The partners in the bloc of FI, Matteo Salvini’s League and former PM Silvio Berlusconi’s Forza Italia, were at 9% and 8%, respectively.

According to preliminary data, the center-left Democratic Party of former prime minister Enrico Letta has garnered slightly over 19% of the vote, placing itself as the conservatives’ main rival.

The turnout in the election, which was called after the collapse of Mario Draghi’s coalition government in July, was almost 64%.

Meloni has already celebrated victory, saying in a televised speech that “Italy chose us. We will not betray [the country], as we never have.”

The situation in Italy and the EU is “particularly complex,” meaning that it’s “time for being responsible,” Meloni said.

The new cabinet will be faced with a series of challenges that its predecessors couldn’t overcome, including soaring energy prices, the conflict in Ukraine, and a renewed slowdown of the Italian economy.

The results of the vote suggest that Italy is going to have its most right-wing government since World War II and Meloni as its first ever female prime minister. It also offers the country a rare opportunity for political stability after years of turbulence and fragile coalitions.

Brothers of Italy, which recently moderated its far-right message, has made remarkable gains in this election after winning just 4% of votes in 2018.

The rise of right-wingers in Italy is apparently causing concern in Brussels, with European Commission President Ursula von der Leyen delivering a veiled threat to them ahead of the vote.