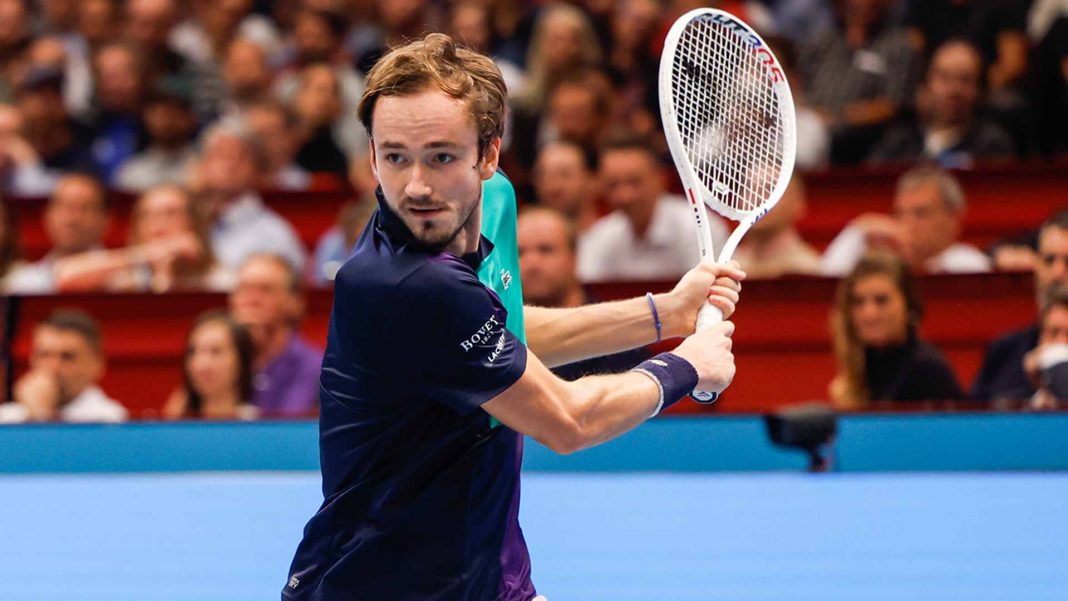 West News Wire: With a victory over Grigor Dimitrov on Saturday in straight sets, Daniil Medvedev secured a place in the Erste Bank Open championship match in Vienna.

In the championship event on hard courts in the city of Austria, Medvedev prevailed 6-4, 6-2. He will play the winner of the match between Denis Shapovalov of Canada and Borna Coric of Croatia in the final on Sunday.

Having yet to play a set in Vienna, 26-year-old Medvedev has lately celebrated becoming a parent for the first time and has returned to action in inspirational fashion.

The Russian former world number one is also showing no sign of the leg injury which forced him to withdraw during his semifinal against Novak Djokovic at the Astana Open earlier in October.

Dimitrov, who had beaten Russian third seed Andrey Rublev earlier in the tournament in Vienna, played his part in an entertaining contest but ultimately the 31-year-old was unable to contain Medvedev, who produced some scintillating tennis.

The Russian converted three of the seven break points he earned on Dimitrov’s serve, while the Bulgarian failed to manufacture a single break point against his rival in a contest lasting 85 minutes.

Medvedev continues his pursuit of a second ATP title of the season after success at Los Cabos in Mexico in August.

Success in Austria would also put the big Russian in good stead ahead of the ATP Masters 1000 in Paris, which gets underway next week, as well as the ATP Tour Finals in Turin in mid-November.

Medvedev has enjoyed a year of mixed fortunes, having reached the final of the Australian Open at the start of 2022 where he was beaten by Rafael Nadal in a five-set epic before rising to the world number one spot.

Medvedev occupied that position for a total 16 weeks throughout the year, but setbacks included hernia surgery ahead of the French Open and the ban imposed on all Russians at Wimbledon because of the conflict in Ukraine.

Medvedev also endured a fourth-round exit at the US Open, where he was defending champion.

However, his form in Austria suggests that the Russian is intent on finishing the year strongly.