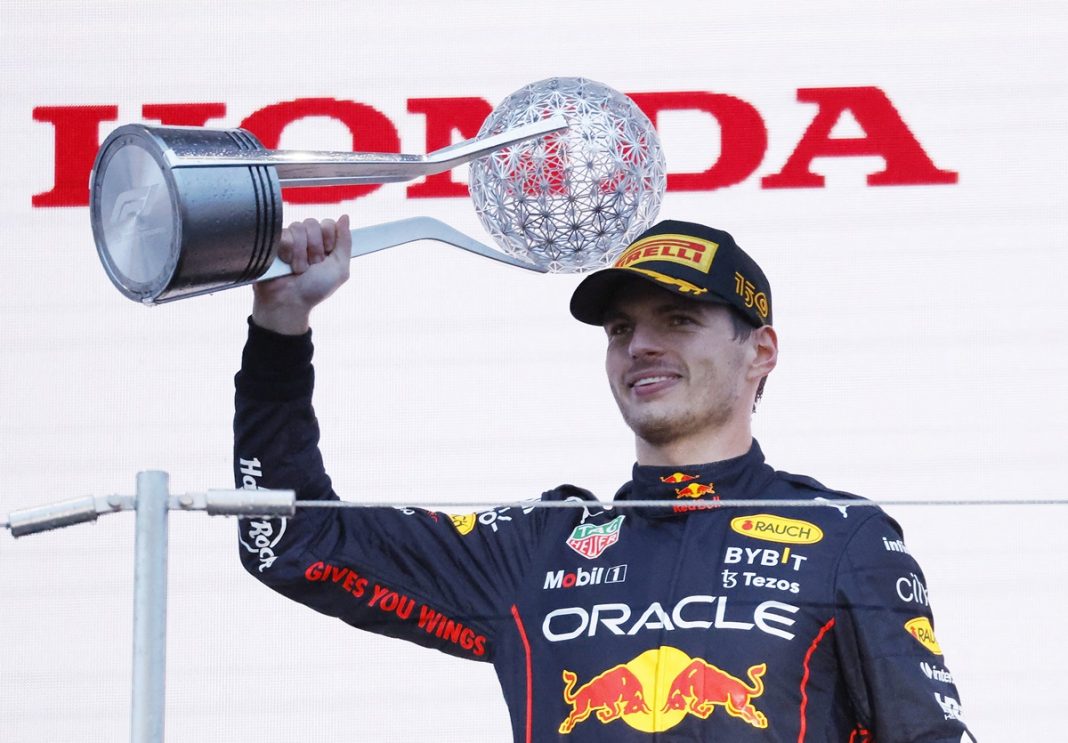 West News Wire: By winning the Japanese Grand Prix in the rain at Suzuka, Max Verstappen secured his second consecutive driver’s championship, ushering in a new era in Formula One.

Verstappen became just the third driver, after Michael Schumacher and Sebastian Vettel, to clinch the championship with four races remaining after the outcome on Sunday gave him an unassailable 113-point lead in the standings.

Even Verstappen was uncertain if he had successfully clinched the deal when he learned he had retained his championship halfway through the post-race TV interview.

Verstappen, who was taken aback, said, “It’s a bizarre sensation, of course, as I didn’t expect it when I crossed the line.

“Was it going to be half points? I didn’t know how many points I was going to get. I was happy with the race we had.”

The Dutchman started from the pole under pouring rain which sowed chaos only for the race to be stopped after two laps as several cars crashed. It resumed two hours later with 28 of the 53 laps completed and Verstappen leading the whole way from the start and the restart.

He was followed by teammate Sergio Perez in second and Ferrari driver Charles Leclerc. They were the only drivers who could have overtaken Verstappen for the title.

Leclerc was quicker off the line than pole-sitter Verstappen, who admitted he made “a terrible start” before the Dutchman regained the lead with a brave overtake around the outside of turn one.

“It was very close but that’s what people like to see,” Verstappen said.

Ferrari’s Carlos Sainz spun out on the first lap and the Williams of Alex Albon broke down, prompting a safety car.

A red flag soon followed and forced the drivers back to the pit lane for more than an hour before the action restarted at the second time of asking under a safety car rolling restart.

Verstappen resumed with a lead over Leclerc and Perez and extended it with ease once the safety car period ended and track conditions gradually improved.

Verstappen has won in all fashions this season from the back of the field or recovering after a spin.

Sunday’s race was another example of his dexterity.

Winning two titles in a row moves Verstappen into elite company. It also marks a changing of the guard that could mark the end of the Lewis Hamilton era.