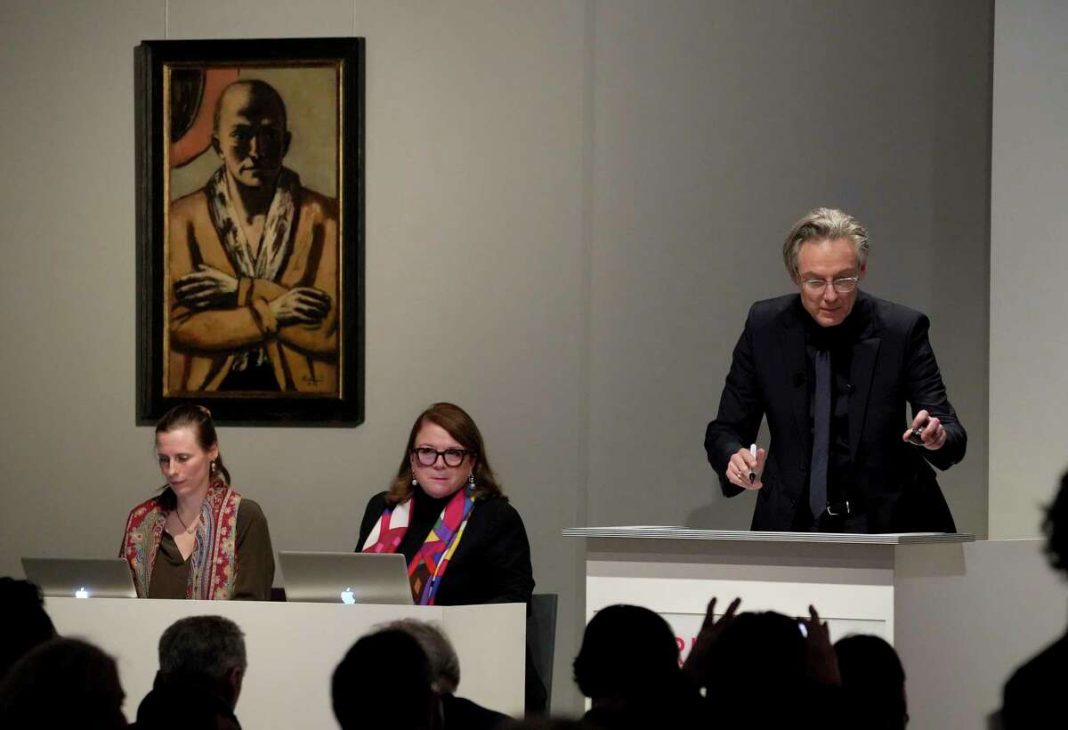 West News Wire: Max Beckmann, a German expressionist, created a self-portrait during World War II. It was sold Thursday for 20 million euros ($20.7 million) in Berlin, which may be a record for an art auction in Germany.

In 1884, Beckmann was born in Leipzig. He was one of the painters whose works were labeled as “degenerate art” when the Nazis took power in 1933, and hundreds of his creations were removed from German museums.

He emigrated to Amsterdam, where in 1943 he painted the somber self-portrait that was auctioned off on Thursday. Beckmann gave the painting to his wife, Mathilde Kaulbach, who kept it until her death in 1986.

According to German media, the 9.5 million-euro sale last year of a 15th-century bronze sculpture of a Buddhist deity from China had held the art auction record in Germany. That beat the 4.7 million euros for which another Beckmann painting, “The Egyptian,” was sold at Grisebach in 2018.