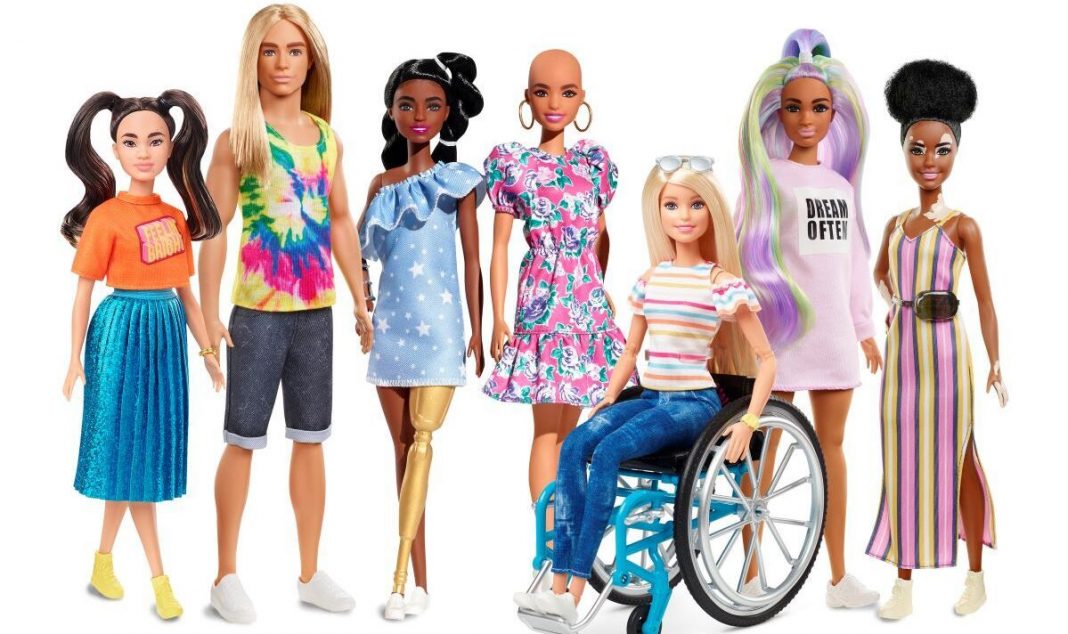 West News Wire: This week, a new inclusive range of Barbie dolls, which includes a Ken doll with vitiligo and dolls with prosthetic legs, wheelchairs, and hearing aids, reached store shelves in the U.K.

Barbie’s “Fashionistas” line from Mattel features more than 175 different looks, making her her most inclusive and diverse line yet. It attempts to provide kids with dolls that have a range of skin tones, body types, and impairments.

Lexi, Kim Hurley’s 10-year-old daughter, “absolutely enjoys it,” said Kim Hurley of South London. She said, “She’s just like me Mummy, and her hearing aids are pink too!” with a huge smile on her face.

Lexi lost her hearing almost two years ago due to a condition called Enlarged Vestibular Aqueducts, which caused her to become profoundly deaf in her left ear, and severely deaf in her right ear.

“To see a doll have hearing aids like my daughter, it makes her feel like she’s special,” Hurley added. “Her hearing aids give her superpowers.”

There are approximately 11 million people who are deaf or hard of hearing in the U.K., according to the British government.

Many parents of deaf children including Collett from Devon, U.K., who declined to give her last name are celebrating the new and diverse line of Barbie dolls for opening up new conversations.

“I think it is amazing,” Collett told news reporters. She also said that she is “hopeful” the line will bring more awareness to issues around hearing conditions.

The new line was launched in the U.K. with the help of Rose Ayling-Ellis, a British actress who has been deaf since birth. She is also an activist for the deaf community and has campaigned for the British Sign Language Act, which would recognize BSL as a language of England, Wales and Scotland, to be passed by the U.K. government.

Ayling-Ellis was photographed for the launch alongside a group of models who also serve as activists including student and vitiligo awareness activist Jamie Stewart; model, yoga instructor and prosthetic leg-user Faisha; and model and paraplegic wheelchair-user Renée Valentine.

“When @barbie told me they were bringing out a doll with a hearing aid, I was so excited,” Ayling-Ellis wrote in the caption of an Instagram post, announcing the new dolls. “When I was little, I would draw hearing aids onto my Barbie dolls to make them look like me now deaf children don’t have to!”

“I’m so happy that children can see even more inclusion in toys now,” she added. “I LOVE that @mattel is releasing more dolls that encourage kids to celebrate and embrace their differences!”

When creating the new line of dolls, Mattel consulted with hearing experts to accurately portray their hearing aids.

“This will mean a lot to those deaf children who wear hearing aids because they’ll see their own experiences reflected in a truly mainstream toy,” Eggleston told news reporters. “This could really help them to be proud of their deafness.”