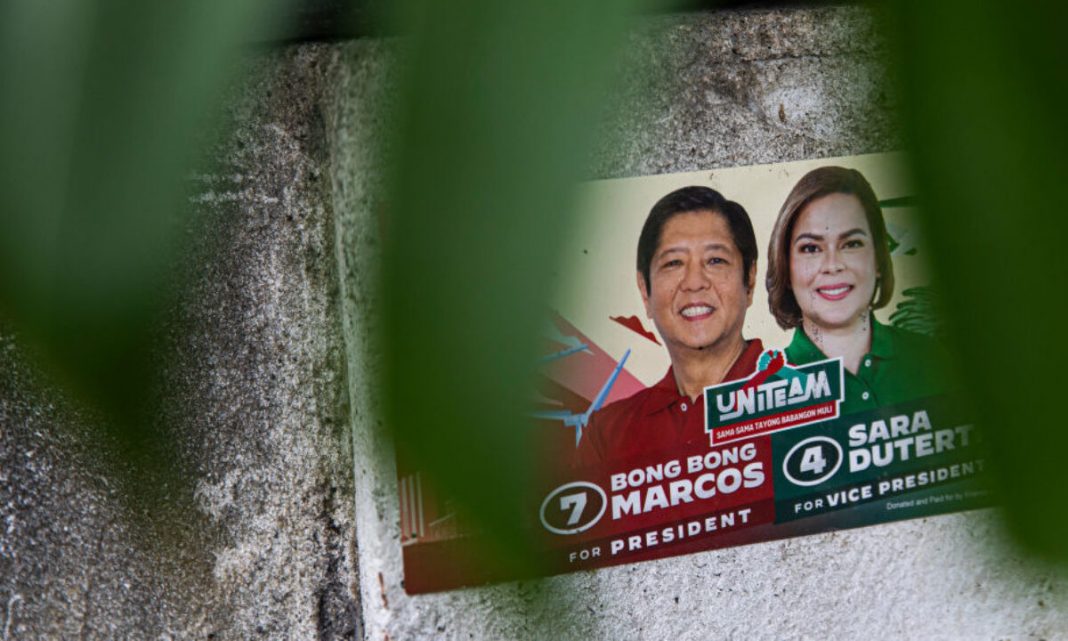 West News Wire: The Philippines new leaders are the son of the late dictator Ferdinand Marcos and the daughter of outgoing President Rodrigo Duterte, an alliance that ushers in six years of government and has some human rights activists worried about the direction their country may take with the couple in charge.

The 64-year-old son, who was a former provincial governor, congressman, and senator, has returned his family to the presidency 36 years after the “People Power” rebellion deposed his father and sent him into exile for plundering billions and horrific human rights abuses.

His mother, Imelda Marcos, twice unsuccessfully attempted to retake the seat of power after returning with her children to the Philippines from exile in the United States, where her husband died in 1989.

Marcos Jr. has defended his father’s legacy and steadfastly refuses to apologize for or acknowledge the atrocities and plunder during the dictatorship. Married to a lawyer, with whom he has three sons, he has stayed away from controversies, including a past tax conviction and the Marcos family’s refusal to pay a huge estate tax.

Sara Duterte, 43, is the outgoing mayor of Davao City, which was her father’s constituency before he was elected president in 2016.

A lawyer and reserve officer in the Philippine army, Duterte has carved out her own political career and, although at times supportive of her father, is considered more levelheaded and pragmatic.

Duterte’s party originally wanted her to succeed him, but she chose instead to run for vice-president.

A mother of three, she has been the longtime mayor of Davao, an economically vibrant city where the elder Duterte first carved a political name with his populist rhetoric and often bloody approach against criminality, especially the widespread trafficking and use & supply of illegal drugs, before he rose to the presidency in 2016.