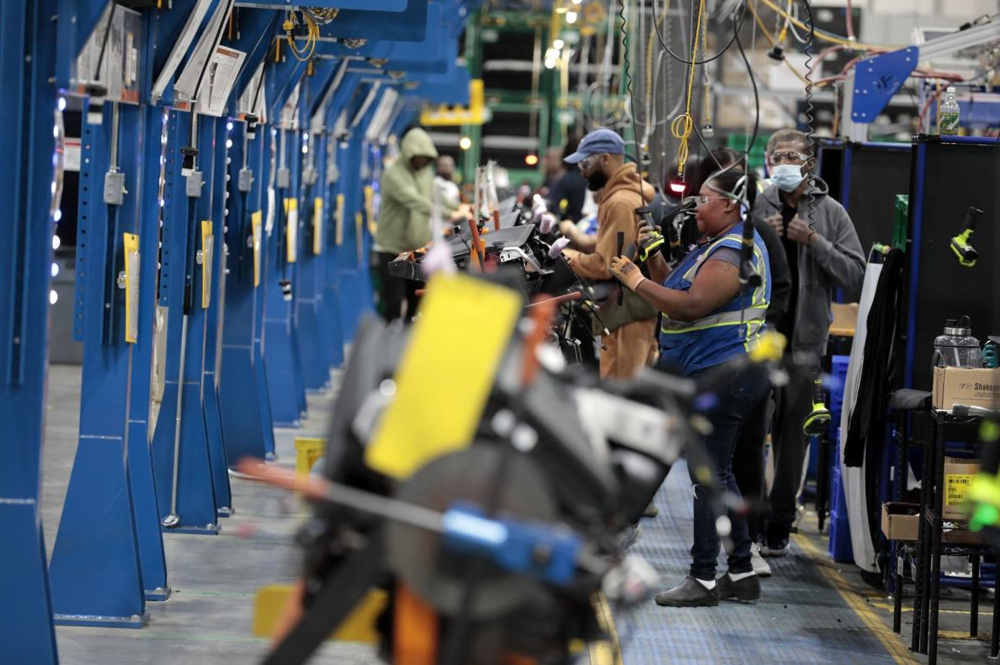 West News Wire: In October, manufacturing activity in the United States expanded at its weakest rate in almost two and a half years as a result of the Federal Reserve’s vigorous campaign to raise interest rates in an effort to control inflation.

The Purchasing Managers Index, published by the Institute for Supply Management, dropped from 50.9 in September to 50.2 last month, marking the lowest readings since May 2020.

11.9 percent of the US economy is made up of manufacturing, and a value above 50 indicates expansion in this sector. According to Reuters’ poll of economists, the index was expected to fall to 50.

On Wednesday, the Fed is anticipated to increase rates for a fourth consecutive time by 75 basis points, the quickest rate of tightening in 40 years. Since March, the US central bank has lifted its benchmark policy rate from near zero to a current range of 3 percent to 3.25 percent as it grapples with stubbornly high inflation.

While overall manufacturing activity fell, the institute’s forward-looking new orders subindex rose to 49.2 last month from 47.1 in September, indicating some resiliency among US consumers even as the Fed’s actions begin to bite into their pocketbooks.

That tallies with government data released on Friday that showed spending on goods in September increased slightly after two straight monthly decreases while outlays on services rose solidly. Some of the slowdown in manufacturing has reflected that shift in spending from goods to services.

In a further sign that supply chain snarls that have beset manufacturing are healing, the institute’s measure of supplier deliveries fell to 46.8 from 52.4 in September. A reading above 50 indicates slower deliveries to factories.

A measure of prices paid by manufacturers dropped to 46.6, the lowest reading since May 2020, from 51.7 in September. The price index has fallen nearly 50 percent since March, driven by retreating commodity prices.

That’s welcome news for the US central bank, which has yet to see much improvement across other inflation gauges. US producer prices increased more than expected in September, and consumer inflation continues to bubble.

The institute’s measure of factory employment also ticked up to 50 last month after dropping to 48.7 in September. The index has been a poor predictor of manufacturing payrolls in the government’s closely watched employment report, next out this Friday.