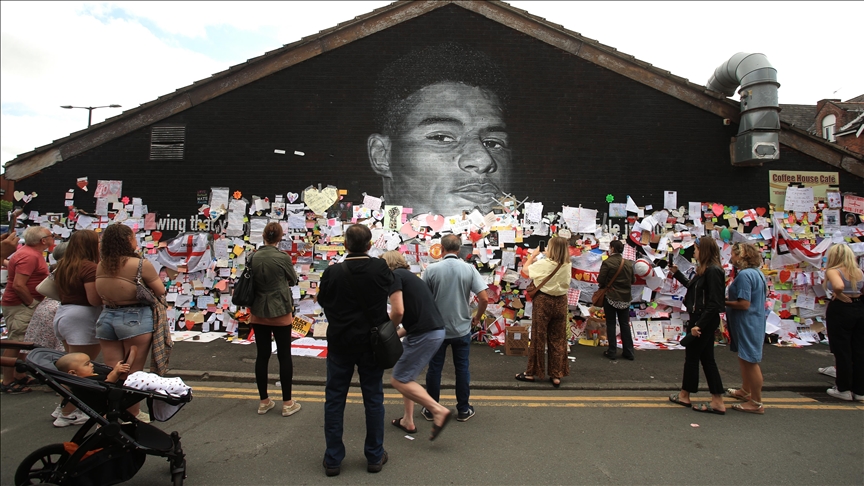 West News Wire: Marcus Rashford has vowed to keep campaigning to lift children out of poverty after receiving his MBE, saying he will give the medal to his mum.

The England footballer, who last year forced two major government U-turns to extend free school meals into the school holidays, received his MBE for services to vulnerable children at Windsor Castle on Tuesday.

Rashford was outspoken in his opposition to the government’s axing of the £1,040-a-year – £20-a-week – universal credit uplift on 6 October.

The Manchester United striker said he would continue to campaign to “give children the things I didn’t have when I was a kid”, adding: “If I did have, I would have been much better off and had many more options in my life.

“For me, it is a punishment for them not to be getting things like meals or supplies of books.”

Rashford said he would be giving the MBE medal to his mum, Melanie Maynard, who raised five siblings while working full-time on minimum wage in Manchester.

Rashford’s MBE was conferred by Prince William in the first face-to-face ceremony since the pandemic began.

“Keep continuing the vital work you are doing for vulnerable children across the UK,” the Duke and Duchess of Cambridge said on Twitter.

Rashford’s campaigning was honoured in October by the University of Manchester, which made him the youngest recipient of its honorary doctorate.

“Marcus, your work to #EndChildFoodPoverty has changed so many lives for the better. We are proud to be doing this work alongside you,” FareShare said on Twitter.

Rashford this year published a bestselling children’s book – penned with the journalist Carl Anka – from Macmillan titled You Are a Champion.