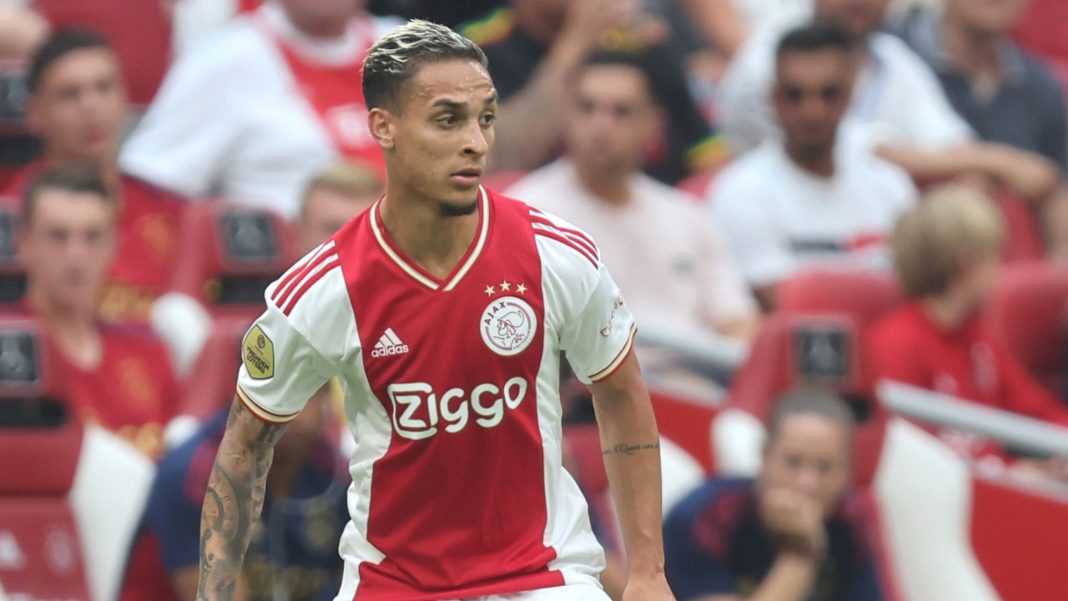 United will reportedly pay an initial fee of £80.75 million plus a further £4.25 million in add-ons.

Within the next 48 hours, the 22-year-old is expected to travel to Manchester to get a medical.

Harry Maguire and Antony would tie for the second-most expensive signing at Manchester United, behind Paul Pogba’s £89 million price tag, which still stands as the club record.

Antony, who joined the Dutch team from Sao Paulo in 2020 and played for current United manager Erik ten Hag, scored 25 goals and contributed 22 assists in 82 appearances for Ajax.

He made his international debut for Brazil in October 2021 and has two goals in nine appearances.

Antony, who contributed to seven goals in his 11 Champions League appearances for Ajax, would also become the joint-fourth most expensive signing in Premier League history.

Only Pogba’s move to United, Chelsea’s signing of Romelu Lukaku and Manchester City’s deal for Jack Grealish would be more costly.

United travel to Leicester City in their next Premier League fixture on Thursday, 1 September, but Antony would need to receive a work permit before making an appearance.

The attacker would become United’s fifth signing of the summer, following the arrivals of his former Ajax team-mate, defender Lisandro Martinez, midfielder Casemiro from Real Madrid, full-back Tyrell Malacia from Feyenoord and playmaker Christian Eriksen on a free transfer.

Speculation also remains as to whether Cristiano Ronaldo will stay at the club following concerns about how the 37-year-old’s mood is affecting morale in the camp.

This is the statement signing Erik ten Hag has been wanting to make all summer and the fee underlines how keen United were to satisfy their new manager before Thursday’s deadline closes.

Predominately left-footed, Antony likes to cut in off the right flank. He has exceptional pace, an ability to create chances from nothing and a willingness to work hard.

In a sense, he is very much like the players who already occupy the wide positions at United.