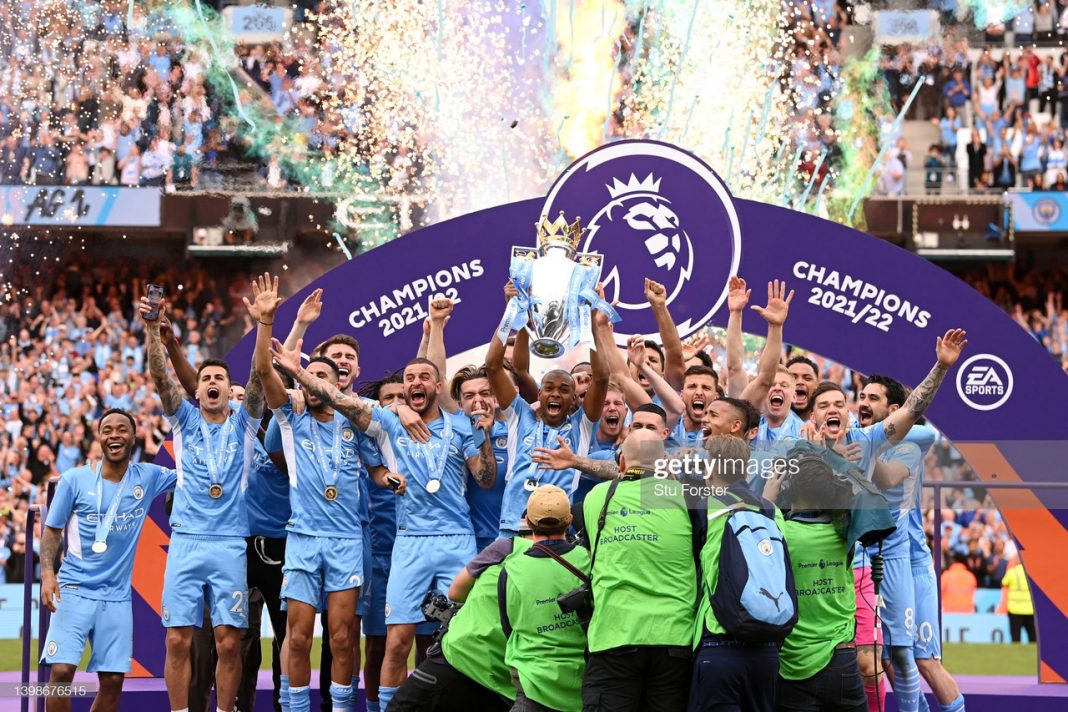 West News Wire: Manchester City won the Premier League title in spectacular manner, coming back from a 2-0 deficit to defeat Aston Villa 3-2, with three goals scored in the closing 15 minutes.

City won their sixth Premier League title in 11 seasons on Sunday, coming from behind three times in the final minutes to defeat Aston Villa.

City’s lkay Gündoan started the comeback in the 76th minute, trailing Villa 2-0. Rodri equalised two minutes later, and Gündoan pushed City ahead with a third goal in the 81st minute.

It was an incredible comeback from a 2-0 deficit to win and retain the Premier League title.

Needing to win to be assured of holding off rivals and contenders Liverpool, City were in danger of blowing it as Villa’s Matty Cash and  struck early with goals at the Etihad Stadium.

Yet in remarkable final-day drama, City cast off the shackles of a dismal first-half display to turn the game around and render Liverpool’s eventual 3-1 win academic.

Gündoğan told Sky Sports: “It was an unbelievable game. I don’t know what to say, to be honest.”

“We are human beings and after going 2-0 down the chances were just very, very small. But we had to do the simple things and scoring two goals quickly and then having 10 minutes to score the third one gave us the right lift.

“It was about getting that goal and then the momentum was on our side and then we were able to score three goals in just a few minutes. These are the days you look back to; it was an unbelievable game.”

There were few signs of nerves, or the tension to follow, as the game kicked off amid a joyous and raucous atmosphere.

City is now enjoying the steady stream of titles it once had to watch crosstown rival Manchester United sweep up under Alex Ferguson.

The rise of City has also coincided with the retirement of the Scot who won the Premier League 13 times from 1993 to 2013 – and the decline of United.

The teams entered the final round on Sunday with City 32 points ahead of United and with Liverpool the greater threat to Pep Guardiola’s side.

In the last five seasons, the only time City didn’t win the trophy was when Liverpool’s 30-year title drought ended in 2020.

But it will be another season ending with City unable to win the biggest prize in European football  the Champions League while Liverpool will be contesting the final against Real Madrid on May 28.