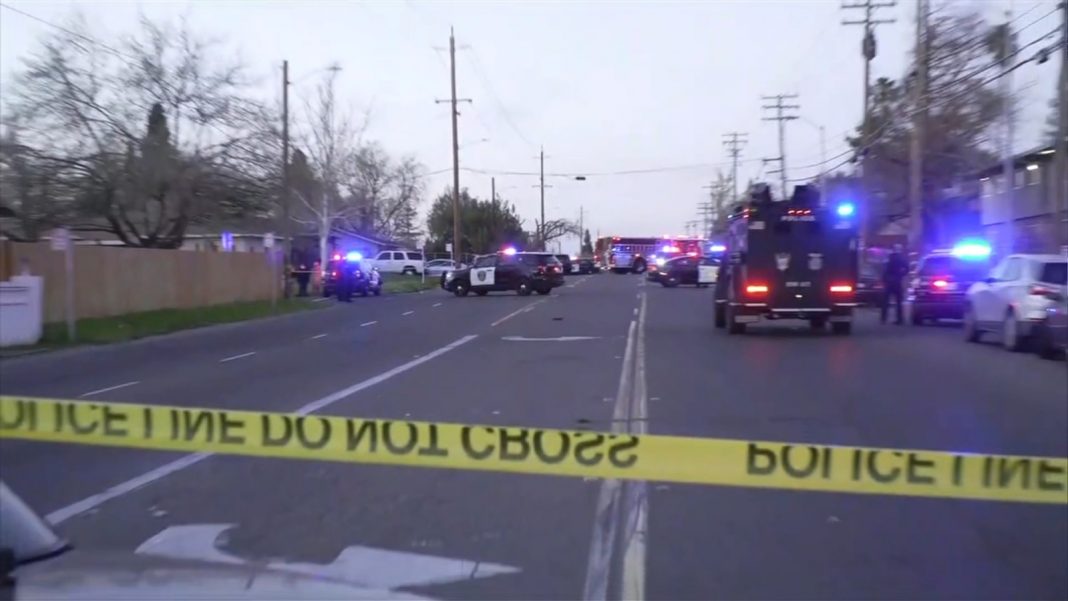 The shooting occurred at The Church in Sacramento’s Arden-Arcade district, where the suspect opened fire in the main sanctuary area shortly after 5 p.m. on Monday, according to Sacramento County Sheriff’s Office spokesperson Sgt. Rod Grassmann.

According to Grassmann, three of the victims were the children of the suspected gunman, David Fidel Mora-Rojas. The fourth victim was watching the man’s children during a court-ordered visit.

When first responders came, all of the victims had died. Mora-Rojas committed suicide, according to Grassmann.

The church’s pastor called 911 around 5:07 p.m. after he heard the gunshots. When deputies arrived, they found the body of an adult male, along with his three daughters aged 9, 10 and 13, inside the sanctuary.

The mother had a restraining order against the children’s father. She was not in the building at the time of the shooting.

Investigators have labeled the shooting as a domestic violence incident, Grassmann said.

The sheriff’s office asked residents to stay away from the area near the church due to a large police presence.

Investigators are asking anyone who may have been in the vicinity of Wyda Way to call 911 to provide a witness account.