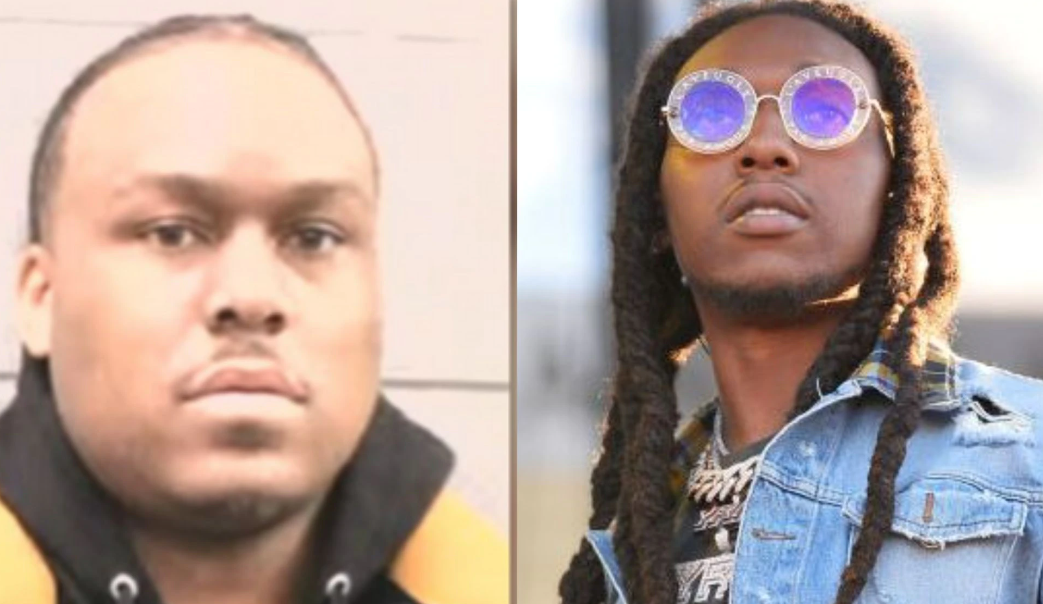 West News Wire: Rapper Takeoff was shot and killed outside a Houston bowling alley on Friday, according to authorities. A 33-year-old man was detained on a murder charge in connection with the killing.

According to Houston Police Chief Troy Finner, Patrick Xavier Clark was taken into custody calmly on Thursday evening. One day after another guy was charged in relation to the shooting on November 1 that left two other people injured, Clark was apprehended. According to the authorities, the shooting was the result of an argument over a game of dice.

In detention on Friday while awaiting a bond hearing was Clark. According to court documents, he was detained as he was getting ready to depart the nation for Mexico, but they do not mention an attorney who could speak for him.

The 28-year-old musician was shot outside the downtown bowling alley at around 2:30 a.m., when police said a dispute erupted as more than 30 people were leaving a private party there. Police previously said another man and a woman suffered non-life-threatening gunshot injuries, and that at least two people opened fired.

Police Sgt. Michael Burrow said during a Friday news conference that the gunfire followed a disagreement over a “lucrative” game of dice, but that Takeoff was not involved and was “an innocent bystander.” Finner said police do not know whether Clark was invited to the party or if he knew Takeoff.

Every person on the scene left without talking to police, Burrow said. Some of those people have since been located by the authorities, who have also worked to piece together events with ballistics, video and audio recordings, according to Burrow. He said investigators are still trying to track down witnesses.

“We will be looking to find you,” he said. “It will be easier if you come find us.”

On Wednesday, authorities announced the arrest of Cameron Joshua in connection to the shooting. Joshua was charged with illegally having a gun at the time Takeoff was shot, but prosecutors said the 22-year-old is not believed to have fired the weapon. Christopher Downey, Joshua’s attorney, told reporters that he has not seen anything to suggest that his client was involved in Takeoff’s killing.

Burrow said that investigators believe it was Clark’s gunfire that killed the rapper.

As Clark’s arrest was announced Friday, Takeoff’s voice could again be heard, featured on “Feel The Fiyaaaah” alongside A$AP Rocky on Metro Boomin’s album released that day, “Heroes and Villains.”

He sang, “It’s quiet right now in the streets.”