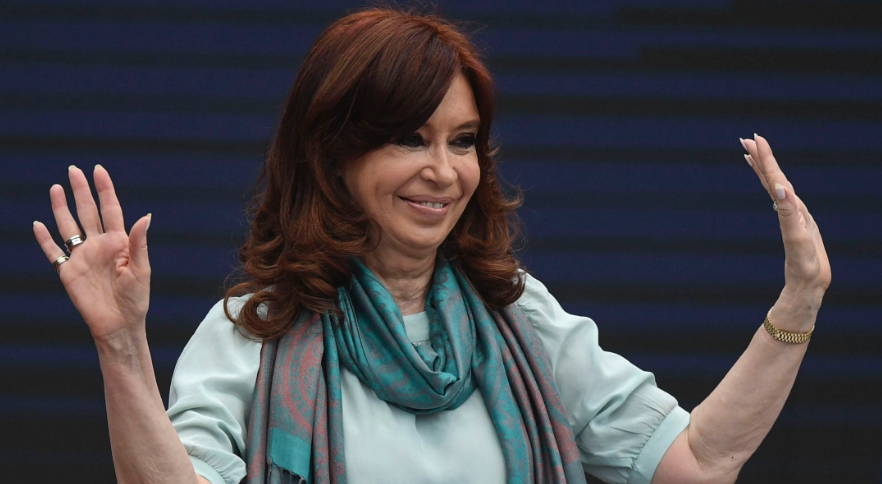 West News Wire: In what one government colleague described as an assassination attempt, a man brandishing a gun has threatened Argentina’s Vice President Cristina Fernandez de Kirchner. She was unharmed and no shots were fired.

Security Minister Anibal Fernandez reported that a man was later detained in connection with the incident, which happened outside Kirchner’s residence in Buenos Aires on Thursday.

As Kirchner got out of her car, a crowd had gathered around her, and several media stations showed images of the man pointing a gun at Kirchner’s head from close range. In recent days, thousands have come to show support for the former president, who is currently facing a corruption prosecution.

Police would launch an investigation, according to Fernandez.

“Now, the situation has to be analysed by our scientific people to evaluate the fingerprints and the capacity and propensity this person had,” he said.

Local media reported the suspect was a Brazilian national and appeared middle-aged.

Government and opposition leaders, as well as politicians from other Latin American countries, expressed solidarity with Kirchner, who has been a divisive political figure and served two terms as president between 2007 and 2015.

Brazil’s Luiz Inacio Lula da Silva, who is the frontrunner in that country’s presidential election, scheduled for next month, also expressed his shock.

“Cristina is the victim of a criminal fascist who does not know how to respect differences,” he said. “Thank God she escaped unharmed.”

Kirchner, 69, is accused of fraudulently awarding public works contracts in her stronghold in Patagonia; a verdict is expected by the end of the year.

“Nothing, absolutely nothing that they have said was proven,” Kirchner, a lawyer who succeeded her late husband, Nestor Kirchner, as president, said last week.

Kirchner is currently the Senate president and enjoys parliamentary immunity.

Even if convicted, she would not go to prison unless her sentence was ratified by the country’s Supreme Court, or she loses her Senate seat at the next elections at the end of 2023.