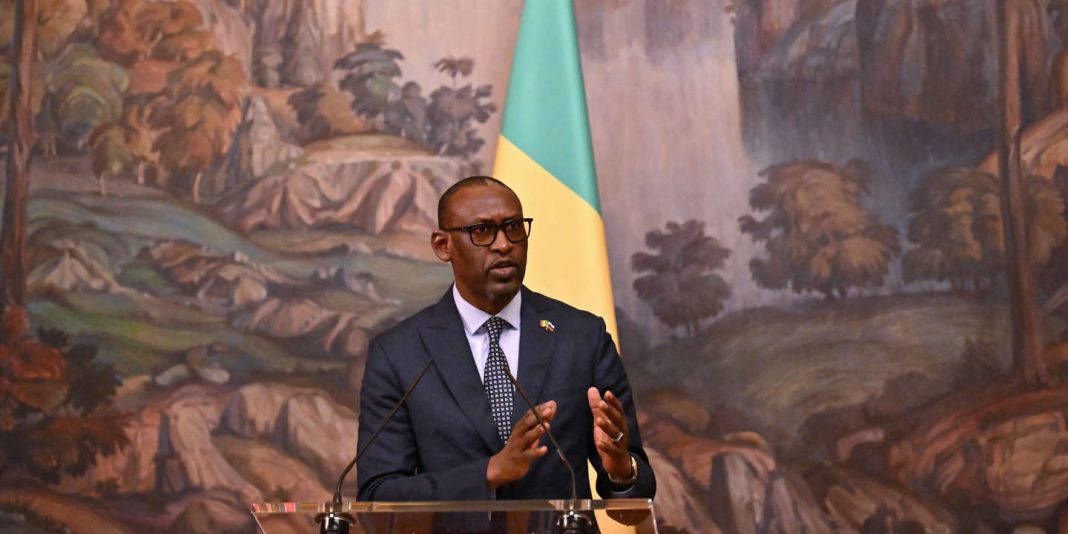 West News Wire: The latest in a string of allegations that have soured relations between the West African nation of Mali and the former colonial power is that France violated its airspace and supplied weapons to armed groups.

Abdoulaye Diop, Mali’s minister of foreign affairs, claimed in a letter to the head of the United Nations Security Council dated Monday that the country’s airspace had been violated more than 50 times this year, largely by French forces employing drones, armed helicopters, and fighter jets.

According to the letter, according to the news agency Reuters, “France utilized these brazen violations of Malian airspace to collect information for terrorist groups operating in the Sahel and to drop arms and ammunition to them.”

“France has obviously never supported, directly or indirectly, these terrorist groups, which remain its designated enemies across the planet,” said the French Embassy in Mali on Twitter.

It said that 53 French soldiers had died during its nine-year mission in Mali and that France had killed hundreds of members of armed groups in order to improve security for Malians.

Bamako has repeatedly accused Paris of attempting to destabilise the country, just as Russian mercenaries hired by the military government expand their reach in the country.

France on Monday completed the withdrawal of its troops from Mali, ending a nine-year operation in the country at the centre of the Sahel region’s spiralling security crisis.

Authorities in Bamako said they had evidence that France had supplied weapons to armed groups which Paris spent a decade and billions of dollars trying to defeat but did not provide any in the letter to the UN.

The accusations mark a new low in relations between Mali and the former colonial power, as Western powers see their influence slipping in the Sahel.

German UN soldiers said they saw Russian forces landing at the airport and unloading equipment on Monday in the northern town of Gao.

French forces were welcomed as heroes in Mali in 2013 when they beat back armed groups that had taken over the north, including the city of Timbuktu.

A series of setbacks and prolonged attacks by the armed groups have soured relations, which precipitated when a military junta overthrew the government in 2020 and later removed an interim civilian cabinet.

The discord was fuelled by French pressure for the military-led government to adopt a swift timeline for a return to civilian rule and a pivot by Bamako towards Moscow.

Mali’s military leaders have denied that Russian mercenaries have been deployed to the country, saying instead it had invited “Russian trainers” to strengthen national defence.