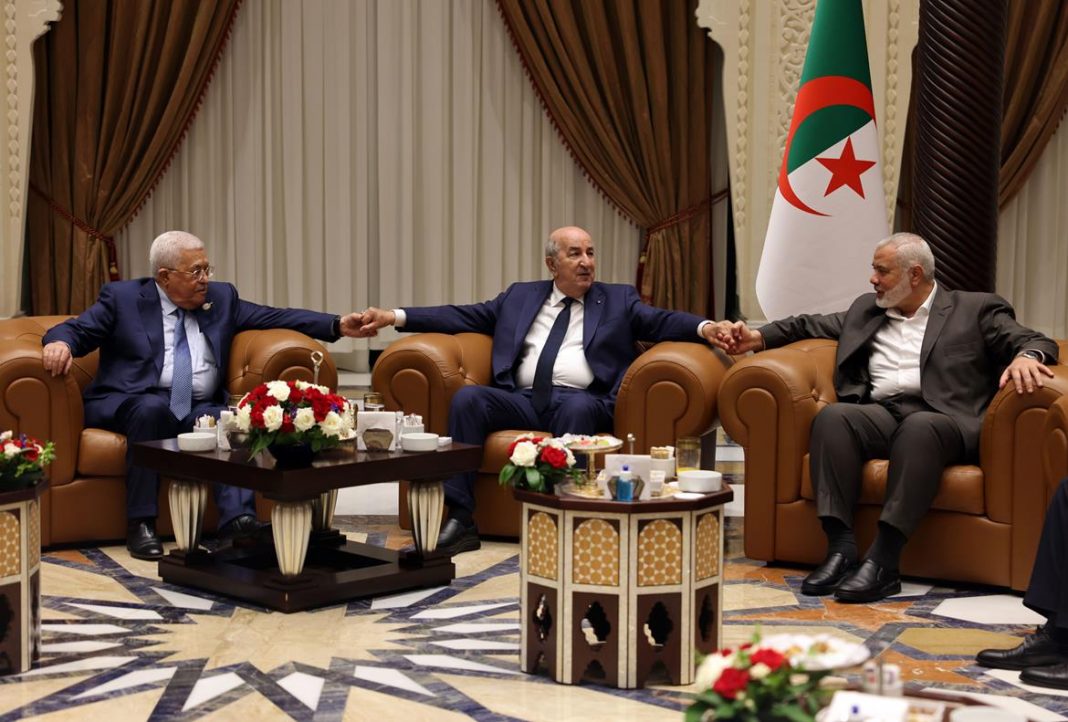 West News Wire: Days ahead of President Joe Biden’s planned trip to the area next week Mahmoud Abbas, , the head of the Palestinian Authority (PA), met with Benny Gantz, the Israeli defense minister.

The two met for the third time in less than a year at the PA’s headquarters in the city of Ramallah, which is part of the occupied West Bank.

Hussein al-Sheikh, a senior PA official, said in a statement on Twitter that Abbas stressed the “importance of preparing the calm atmosphere” before Biden’s visit and that the PA welcomed the president’s visit.

Along with “respecting the signed agreements and stopping the actions and measures that lead to the deterioration of the situation,” the PA president “stressed the importance of creating a political horizon” as well. al-Sheikh said.

For his part, Gantz said on Twitter the meeting was held “for the purpose of security and civil coordination in preparation” for Biden’s visit.

He noted it involved an agreement “to continue close security coordination” between the PA and Israel.

The controversial policy requires the PA, which administers pockets of the occupied West Bank, to share intelligence information about Palestinian activists and those wanted by Israel.

Palestinians have consistently called for an end to the policy, including in large anti-PA protests last year that unfolded after PA security forces beat to death a prominent critic.

Ramallah-based writer and researcher Mariam Barghouti described the meeting as “adding salt to a wound”.

“It’s very telling of where the PA stands and its complete disregard and disrespect of the Palestinian need to live in dignity, to live in freedom,” Barghouti told reporters.

Abbas and Gantz last met publicly in December 2021 at the latter’s home in Rosh Ha’ayin in central Israel. They also met in August in Ramallah.

Biden is expected to visit Israel, the occupied West Bank and Saudi Arabia between July 13-16.

A statement last month by the White House said he would meet Israeli leaders “to reinforce the United States’ iron-clad commitment to Israel’s security and prosperity” and to discuss “its increasing integration into the greater region”.

He will also visit the West Bank “to consult with the Palestinian Authority” and “to reiterate his strong support for a two-state solution”, the statement said.

Jarrar told news reporters she believes “the PA is continuing to bet on the Americans and the delusion that Biden’s visit will present something to the Palestinians.

“This ensures that there is a large rift between the Palestinian people and their aspirations, and the actions of their leadership.”