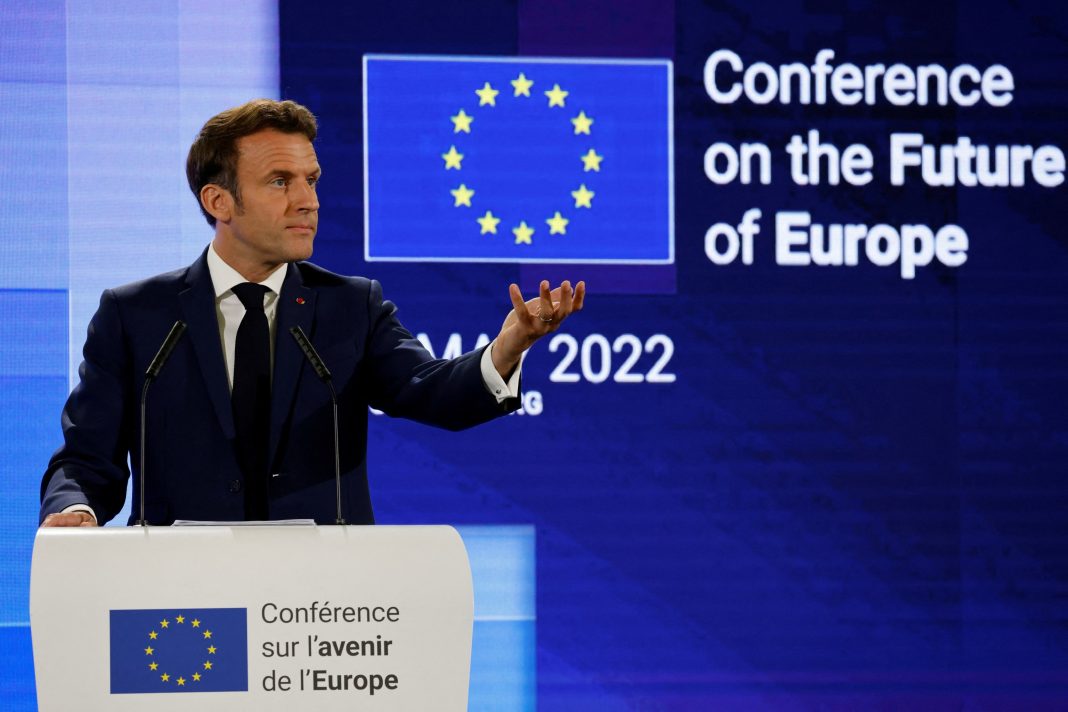 West News Wire: Macron remarked after the European Commission, the EU’s executive arm, announced it plans to issue a first opinion on Ukraine’s application to join the bloc in June.

On Monday, France’s president warned that it could take decades for Ukraine to join the European Union, and he recommended forming a new political organisation to bring together countries on the continent that share EU principles but are not members of the group.

“We all know fully well that the process of permitting (Ukraine) to join would take several years, if not decades,” Emmanuel Macron said during a speech celebrating Europe Day in Strasbourg, France.

Once candidate status is granted, the process of EU membership usually takes years and any single member-state can veto not only any final accession deal, but also the opening and closing of individual negotiation chapters.

The 27 EU nations have been fully united in backing Ukraine’s resistance to Russia’s invasion, adopting unprecedented economic sanctions against Moscow since the start of the war on Feb. 24. But leaders are divided on how fast Brussels could move to accept Ukraine as a member, and how swiftly the bloc could sever energy ties with Moscow.

For now, Ukraine only has an “Association Agreement” with the EU, which is aimed at opening the country’s markets and bringing it closer to Europe. It includes a far-reaching free trade pact and is intended to help modernize Ukraine’s economy.

Eastern European countries warmly support speeding up Ukraine’s membership bid, but EU officials have stressed the process could take years due to the outstanding reforms that still need to be achieved before the war-torn country meets EU criteria.

Macron said a fast-track procedure for Ukraine would lead to lowering standards, an idea he refuses.

“The European Union, given its level of integration and ambition, cannot be the only way to structure the European continent in the short term,” he said.

Instead, Macron proposed what he called a “European Political Community” which would be open to countries that haven’t joined the EU, or, like the United Kingdom, have left it.