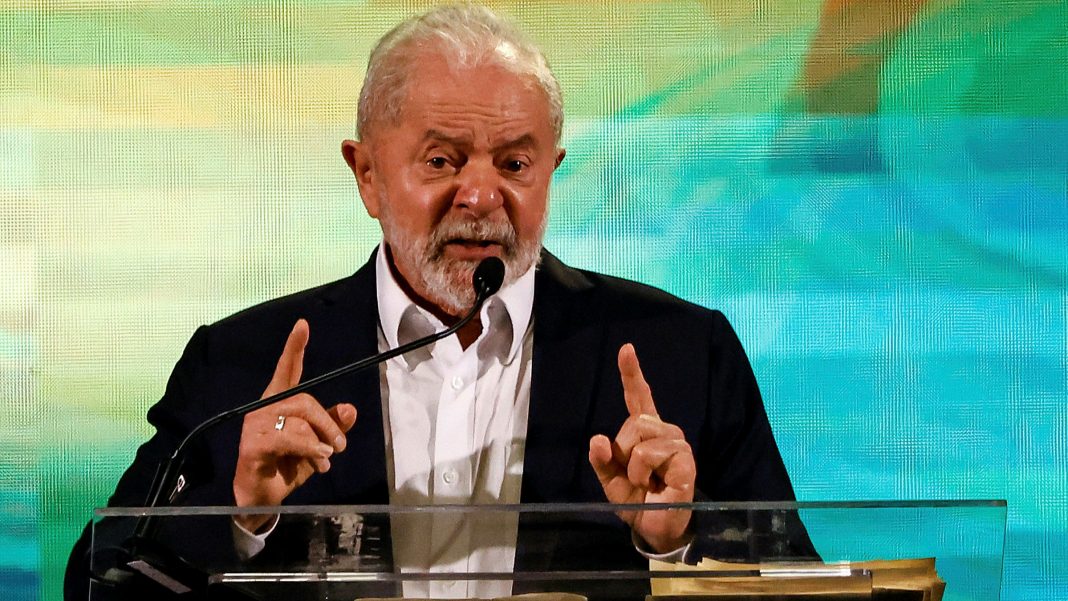 “We’re ready to work not only to win the election on October 2nd, but also to rebuild and transform Brazil, which will be much more difficult,” the 76-year-old left-wing legend said at a rally in Sao Paulo on Saturday, four years after he was imprisoned on shady corruption accusations.

“The country’s most critical moment demands us to reconcile our differences and forge an alternative path to the incompetence and authoritarianism that currently control us,” the socialist leader stated.

“We want to join democrats of all political positions, classes, races and religious beliefs to defeat the totalitarian threat, the hatred, violence and discrimination hanging over our country,” he said to a cheering crowd.

The 76-year-old left office in 2010 as the most popular president in Brazilian history, after presiding over an economic boom that lifted some 30 million Brazilians from poverty.

While campaigning will start in August, the left-wing icon has been unofficially campaigning since March 2021, when a court annulled the corruption convictions that sidelined him from politics.

“Politics lives in every cell of my body, because I have a cause,” he said two days after the ruling. “In the 12 years since I left office, I see that all the policies I created to benefit the poor have been destroyed.”

A sweeping investigation dubbed “Operation Car Wash” that began in 2014 uncovered an enormous corruption scheme centred on state-run oil company Petrobras. Lula was convicted of multiple bribe-taking charges and sentenced to a total of 26 years in prison.

Since regaining the status of frontrunner, Lula has made a series of recent gaffes, alienating voters from several key groups with remarks on abortion, the police and the middle class.

He has also looked out of sync with world leaders by saying that Ukrainian President Volodymyr Zelenskyy is “as responsible as” Russian counterpart Vladimir Putin for the Ukraine war.