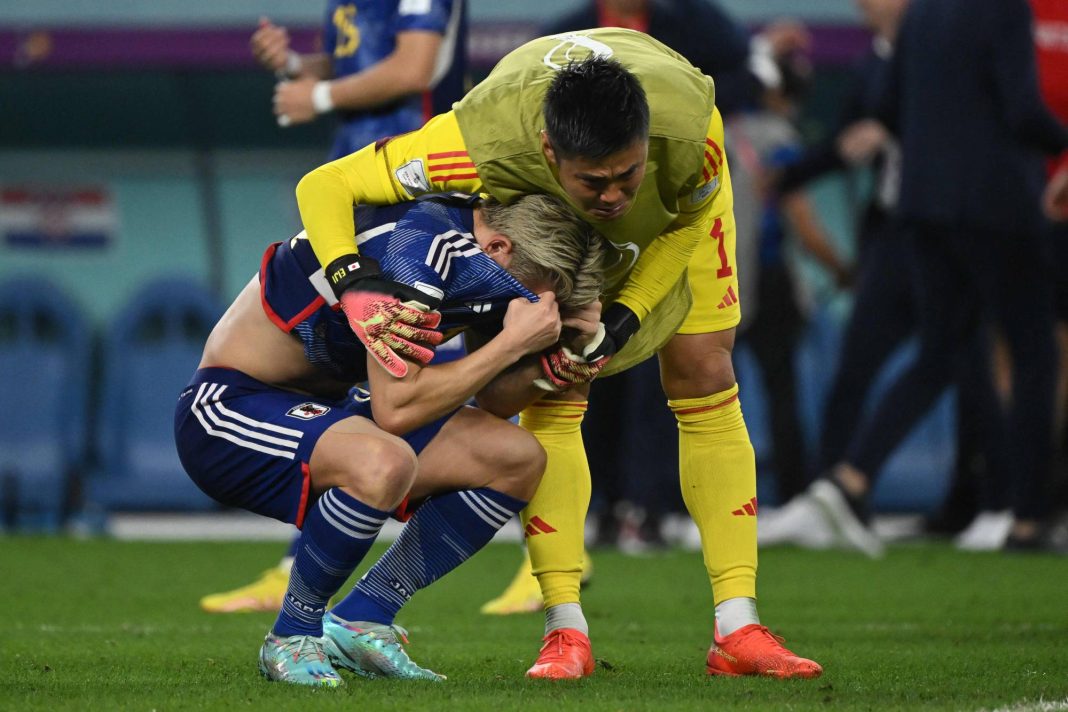 West News Wire: Asian aspirations at the World Cup in Qatar have been dashed by Japan’s penalty shootout loss to Croatia and Brazil’s impressive 4-1 victory over South Korea.

All three Asian Football Confederation nations have been eliminated from the World Cup’s first elimination phase as a result of Australia’s earlier defeat to Argentina in the group of 16 knockouts.

The Samurai Blue and the Taegeuk Warriors, however, can be justly pleased of Japan’s shocking upset victories against European powers Germany (2-1) and Spain (2-1) in group play, as well as South Korea’s incredible 2-1 victory over Portugal.

The games on Monday were “one of the biggest nights in Asian soccer for two decades,” according to the Japanese news outlet Nikkei Asia, and South Korea’s

Yonhap news agency wrote of the unlikely journey of the national team to the knockout stage of the World Cup in what had become a “memorable underdog story”.

Ultimately, both intrepid campaigns came to an end as the East Asian footballing giants were unable to progress to the quarter-finals.

Japan have been to the first group-of-16 knockout round three times in six trips to the World Cup finals but have never gone any further, a state of affairs Japan’s coach Hajime Moriyasu had committed his players to rectifying in Qatar despite a tough draw in the group stage.

As group winners in Qatar and defeating two former world champions in the process, Japan went through to face a streetwise Croatian team on Monday and after 120 minutes of play and a 1-1 draw, the Japanese faltered and went down 3-1 on penalties.

“I think the regret we feel with this loss will lead to something better in the years to come,” said fullback Yuto Nagatomo, who was playing his fourth and probably final World Cup.

“We were able to show the Japanese people’s fighting spirit. It was difficult to lose but Japanese football is without a doubt, making progress,” he said.

Coach Moriyasu tried to soften the blow of another knockout loss, saying the team had entered a “new era”.

“We cannot be superheroes in one go,” Moriyasu said. “We have to improve step-by-step. But Japan is reaching a level where we can play on the world stage.”

“These players can look eye-to-eye with anyone now and take confidence in who we beat,” he said.

Moriyasu had addressed his team at the centre of the field after their loss to Croatia. Many players slumped on the ground, others cried, and everyone consoled anyone within reach.

“Although the result was not what we expected, I told them (the players) that it doesn’t negate everything they did,” Moriyasu said later.

“But we could not break through the round of 16 and see a new landscape.”

South Korea’s Son Heung-min a superstar from the United Kingdom’s Premier League and the best Asian player in the world said his team “gave everything” in the battle against Brazil, but it was not enough.

“Brazil is the favourite, look at their players. If you give them spaces they score,” said Son, who recovered in time from an eye socket fracture to feature in Qatar, wearing a mask to protect his face during matches.

“I’m so proud of what we’ve done and I don’t want to blame any of our players because they gave everything,” he said.

Thousands of fans in Seoul braved the cold and snow in the early hours of Tuesday morning to watch their side’s World Cup run end in a 4-1 win for Brazil. South Korea’s news agency Yonhap reported that a capacity crowd of 33,000 fans attended an outdoor match-watching party in the city centre, despite snow flurries and temperatures that dropped below zero (32 degrees Fahrenheit).