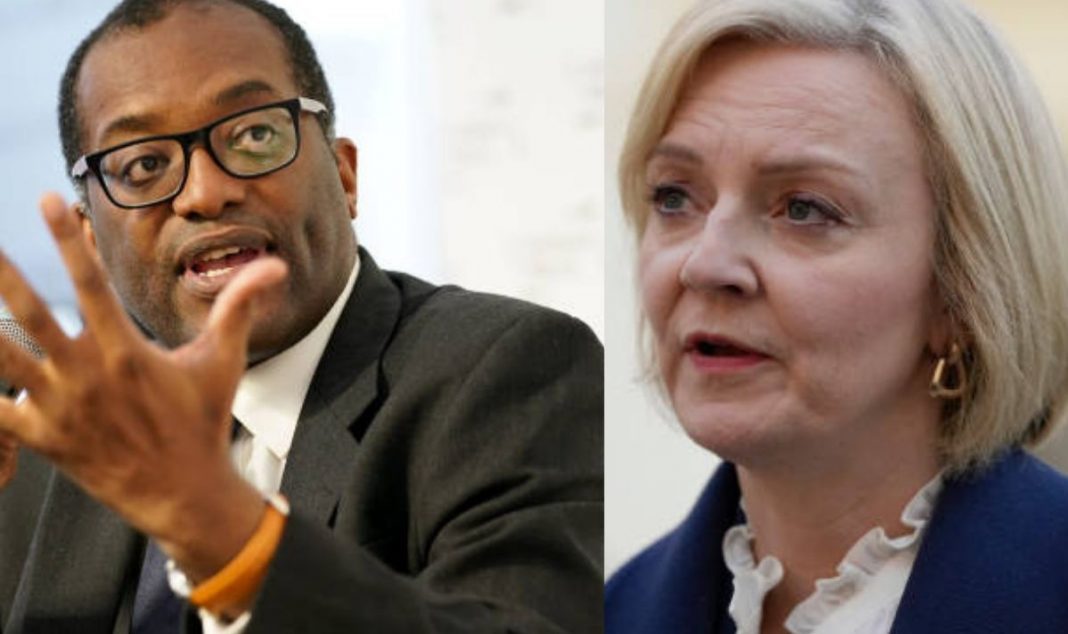 West News Wire: Kwasi Kwarteng, the finance minister under the United Kingdom’s Liz Truss, was fired after only 38 days on the job, and Jeremy Hunt, the previous head of the Foreign Office, was appointed in his place. She made the change on Friday, reversing plans to lower business taxes that had sparked a market crisis.

Kwarteng stated in his letter of resignation that Truss’ economic plan was still supported and that he had been asked to leave as chancellor of the exchequer by the prime minister. He acknowledged that “keeping the status quo is simply not an option” because of the “extremely challenging” state of the current situation, which is brought on by rising energy and international interest rates.

Meanwhile, speaking at a press conference on Friday, Truss said she was sorry to fire Kwarteng, who she described as her “great friend.” She also stated that she had asked Jeremy Hunt to become the new chancellor, touting him as “one of the most experienced and widely respected ministers.”

She also admitted that global economic conditions were worsening, although she pinned the blame for this on Russia’s “appalling war in Ukraine.”

In another reshuffle, the UK prime minister appointed Edward Argar as chief secretary to the Treasury, replacing Chris Philp. According to Downing Street, the latter will now serve as paymaster general and minister for the Cabinet Office.

The changes come as Truss made a major U-turn, reversing her plans to cut taxes for the highest earners. Just weeks ago, Kwarteng unveiled a controversial “mini budget” which aimed to ramp up borrowing and keep corporation tax at 19% instead of increasing it to 25%, as was planned by the previous government.

The action, which was intended to promote economic growth, instead upset the market, resulting in the British pound’s record-breaking decline versus the US dollar.

The prime minister emphasized that the government should take immediate action to “reassure the markets of our fiscal discipline” as she abandoned the proposal. According to Truss, the higher taxes will make it possible to raise £18 billion ($20 billion) more annually, contributing to the funding of the government’s medium-term budgetary plan.