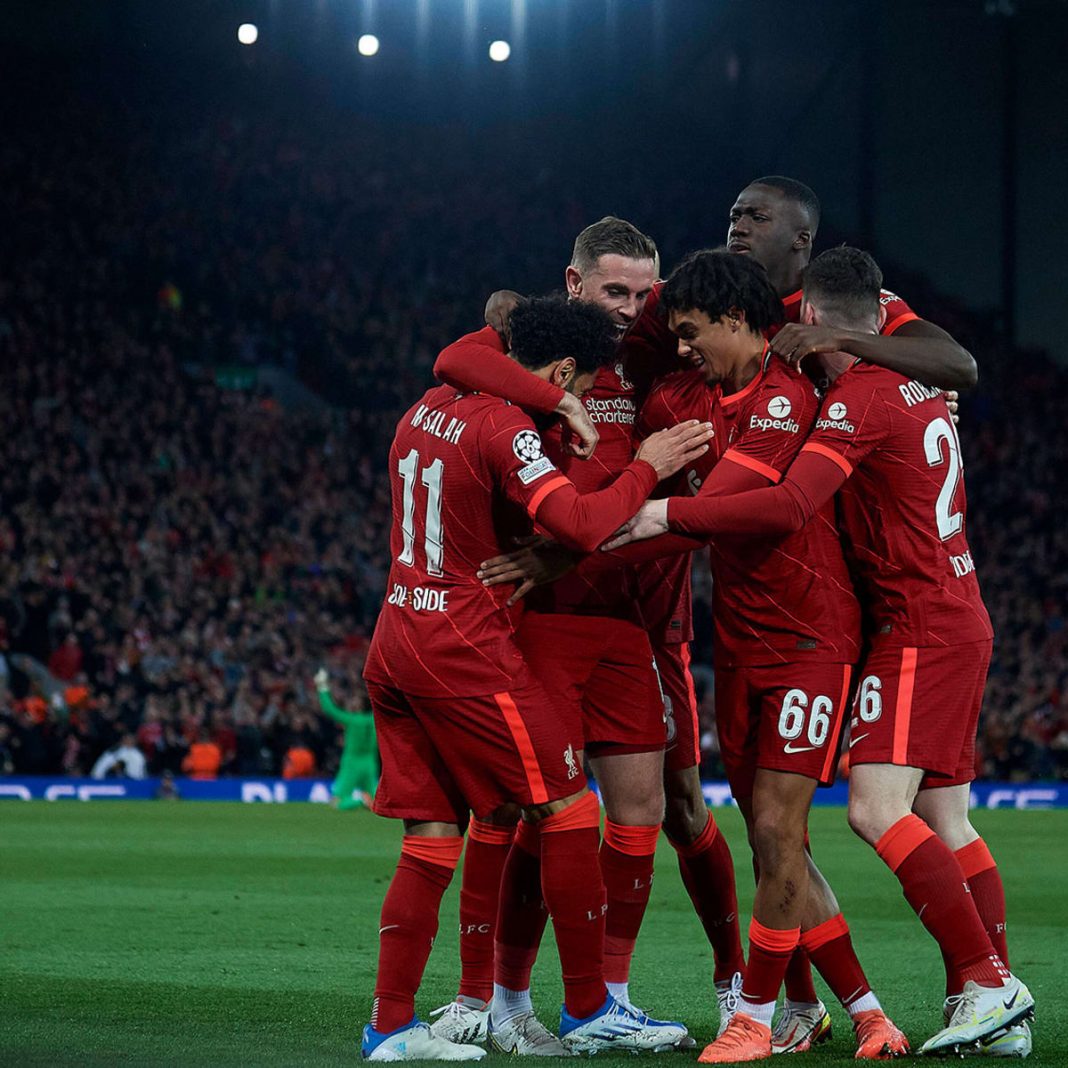 West News Wire: After surviving a scare in the first half, Liverpool beat Villarreal 3-2 on aggregate to reach the Champions League final. The night had threatened to turn sour for Jurgen Klopp’s side.

The visitors fell behind 2-0 in the first half on Tuesday night, but came back with three goals after the interval to reach their third European Cup final in five seasons.

The Premier League team had won the first leg 2-0 in England, but they appeared to be in danger of losing the second leg on a rain-soaked surface in Spain, after Boulaye Dia and Francis Coquelin scored for the hosts.

Liverpool, however, came out transformed after halftime and goals from Fabinho, Luis Diaz and Sadio Mane in 12 minutes sealed the deal, with Villarreal ending the match with 10 men following a late red card for Etienne Capoue.

Klopp’s side will meet either Real Madrid or Manchester City, who contest the second leg of their semi-final on Wednesday, in the showpiece in Paris on May 28. City lead 4-3 from the first leg.

Roared on by their faithful fanbase who were packed into the stadium, Villarreal opened the scoring after three minutes with a close-range strike from Dia that was greeted by a chant of “Yes we can!” from the home supporters.

Villarreal had been lifeless in the first leg at Anfield but looked a completely different team as they tore into Liverpool with the same aggressive game that had knocked out Juventus in the last 16 and beaten Bayern Munich in the quarter-finals.

Villarreal levelled the tie with a close-range header from Coquelin and looked on the verge of a miracle comeback.

Yet Klopp brought Diaz off the bench at the break and the in-form Colombian winger changed the dynamic of the game, finding space and taking advantage of a Villarreal side that seemed to have run out of gas.

As the Liverpool pressure mounted, it felt like only a matter of time until they scored and the goal eventually came following a brilliant combination between Fabinho and Mohamed Salah on the right side.

“The early goal didn’t help us, it helped them massively, so we had to dig deep, we had to be very mature. And obviously, second half, we played outstanding,” van Dijk said, adding that Klopp had given them clear instructions at halftime.

For Salah, he hopes that his team will face Real Madrid in the final, as he eyes revenge for his team’s 2018 defeat by the Spanish side.

The Egyptian forward had left the field in tears following a heavy fall under a challenge by Sergio Ramos in Liverpool’s 3-1 defeat by Real in the final four years ago.

“I want to play Madrid,” Salah told BT Sport. “City is a really tough team, we’ve played against them a few times this season. If you ask me personally, I’d prefer Madrid.”