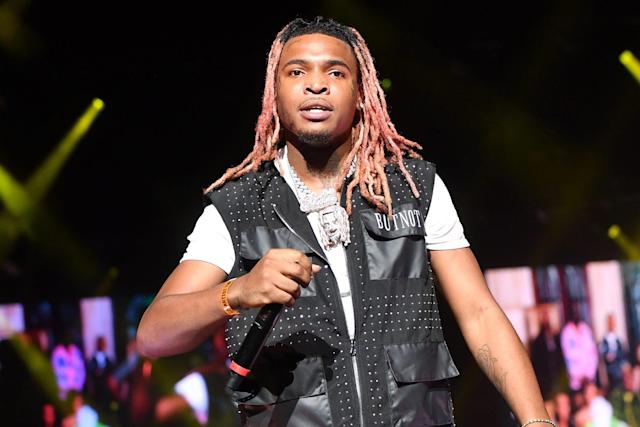 West News Wire: Lil Keed’s death was confirmed by her mother, Quana Bandz, on her Instagram account in various posts on Saturday.

“My man (Lil Keed) was adored by so many followers so many supporters so many gorgeous women true homeboys and other American musicians and most importantly his family,” she posted on Instagram. “Thank you for your sympathy, but we’re not doing well.” My head is honestly gone, and my body is numb and shivering.”

Render became a Billboard-charting musician in 2020 after releasing his second studio album, “Trapped on Cleveland 3,” and collaborated with hip-hop luminaries such as Young Thug, Travis Scott, and Future.

The rising rapper’s death comes amid a rocky time for some individuals associated with the YSL label.

The circumstances of his death are unclear.

Considered a protégé of Young Thug, and a star in the Atlanta hip-hop scene, Render was featured as part of XXL Magazine’s Freshman Class in 2020 the publication’s annual list of up-and-coming hip-hop artists making waves in the industry.

“I’m glad ’cause this my second year tryin’ to get this s, and I finally got it. So, I’m happy,” Render told XXL Magazine at the time, reflecting on the honor. “I’m a 2020 XXL Freshman because I work hard. I put in the work. I do what I have to do. I do what I need to do for my family [to] make sure they taken care of.”

The rapper was the father of a young daughter named NayChur.