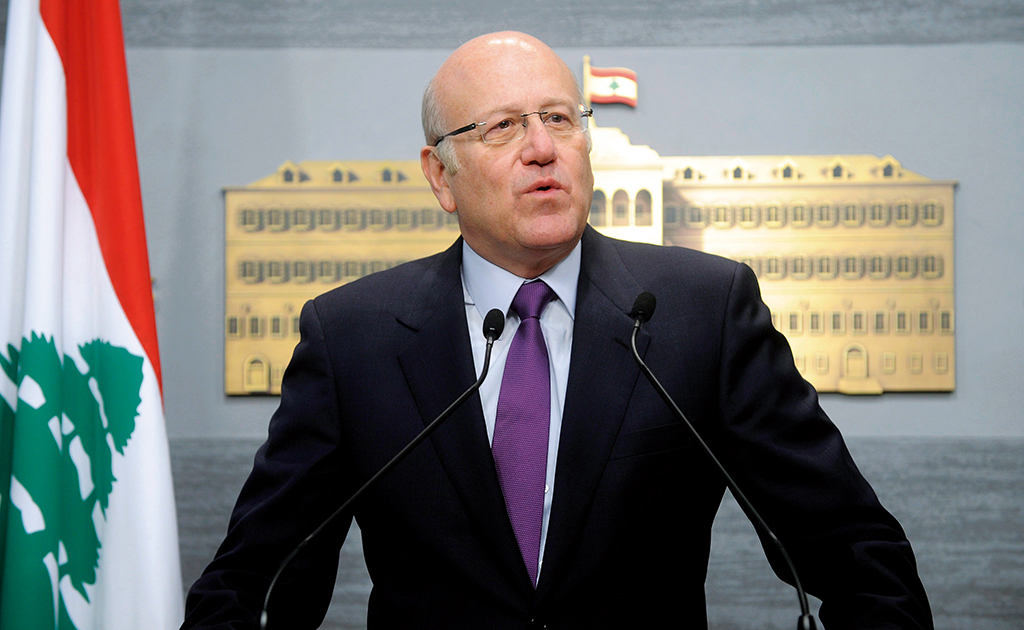 West News Wire: President Michel Aoun has chosen caretaker Prime Minister Najib Mikati with forming a new government after he was chosen as the position’s leader for the fourth time.

The change occurred on Thursday, following Mikati’s nomination as prime minister by lawmakers, including members of the Loyalty to the Resistance Bloc, Hezbollah’s official parliamentary wing in Lebanon.

Following consultations called by President Aoun, Mikati won the support of 54 of the 128 members of parliament in the subsequent voting.

Mikati made a call for political factions in Lebanon to put aside their differences and work together to ease an economic and financial crisis after being chosen as the country’s new prime minister.

Speaking from the presidential palace in Baabda, Mikati called for cooperation with parliament to approve legislation required to secure an International Monetary Fund bailout.

Earlier on Thursday, Hezbollah had named Mikati for premiership, as Lebanese lawmakers held binding consultations over who should be the next prime minister following nationwide elections last month.

The Loyalty to the Resistance Bloc, which is the political wing of Hezbollah in the Lebanese parliament, announced Thursday that it had chosen incumbent Prime Minister Mikati, a politician and businessman who has already served in the role three times, as the small Mediterranean country’s next prime minister.

The bloc’s nomination of Mikati came shortly after lawmakers began consultations with President Aoun at Baabda Palace over who should be Lebanon’s next prime minister.

The consultations with the president commenced at 10 a.m. and will last until 16:45 p.m. local time.

The designated prime minister must form the 88th government in Lebanon’s history and the fifth during Aoun’s tenure. It is predicted that Mikati will hold the position for the fourth time.

On May 31, Lebanese lawmakers re-elected Nabih Berri as the country’s parliament speaker for a seventh consecutive term after his candidature went largely unchallenged.

The 84-year-old veteran politician and one of the longest-serving parliament chiefs in the world secured 65 votes in the 128-member body.

Berri’s re-election came as lawmakers took office after a parliamentary vote on May 15.

Hezbollah and its allies hold sway in the new parliament despite their enemies’ attempts to undermine the political power and popularity of the resistance movement in the recent parliamentary elections.

All 27 Shia-designated seats in parliament are held by Berri’s Amal movement and Hezbollah, but they do not have a majority.

Since late 2019, Lebanon has been mired in a severe financial crisis that has caused the value of the Lebanese pound relative to the US dollar to decline by about 90% and caused the collapse of its banking system, which has left the majority of Lebanese in poverty.

The main causes of the economic and financial crisis are the sanctions that the US and its allies have placed on Lebanon and foreign meddling in the internal affairs of an Arab country.