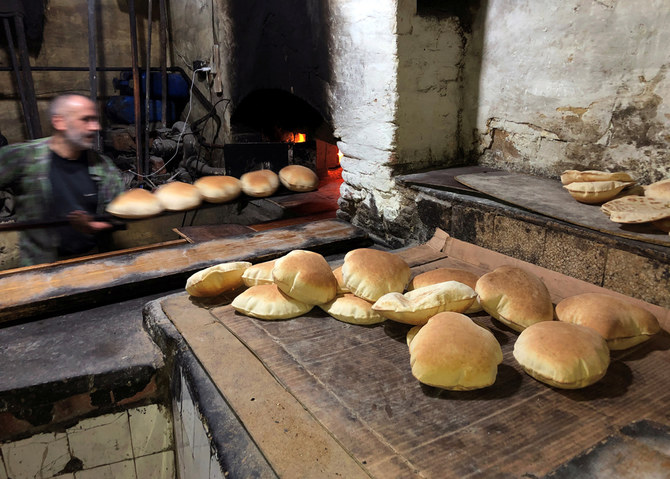 West News Wire: Saheer Ghazzaoui, a 24-year-old graphic designer, was already devoting a significant portion of her earnings to supporting her family.

However, with rising fuel prices in Lebanon and concerns about wheat shortages as a result of Russia’s war in Ukraine, the money she earns each month is no longer sufficient.

Ghazzaoui told news reporters, “We struggle to find gas, and we’re already spending so much for food, medicine, and tuition.” “Now, all of our incomes are going toward basics, and when that isn’t enough, I have to [draw money] from my savings.”

Up to 90 percent of Lebanon’s wheat and cooking oil imports come from Ukraine and Russia, as well as a large proportion of grain imports. The fighting in Ukraine has engulfed the country’s southern ports, putting a stop to shipments, and imports from Russia have been hampered as a result of financial sanctions imposed on Moscow.

The impact means that Lebanon now has only one month’s wheat reserves left, deepening an already-existing food security crisis in the country.

Additionally, due to the sharp increase in global oil prices, official prices of fuel in Lebanon have increased by a staggering 33 percent since Russia’s invasion of Ukraine less than two weeks ago.

These ongoing developments have worsened Lebanon’s economic crisis, which has already pulled more than three-quarters of the country’s population into poverty, and devalued the Lebanese pound by about 90 percent against the US dollar since August 2019. Lebanon’s food inflation is now among the highest in the world, with food prices rising by 1000 percent.

Despite the supply problems, fuel shipments have been reaching Lebanon, albeit in smaller amounts. George Brax, the spokesperson for the Syndicate of Gas Station Owners, told reporters that most of the gas stations that have temporarily closed are waiting for importers to deliver their supplies.

“We don’t want to return to the scenes of long queues, God willing it won’t happen,” said Brax.

However, Brax declined to give details about the severity of the fuel shortages, despite admitting their existence.

“Let’s not get into that; hopefully, it will all be resolved in the coming days.”

Meanwhile, the government is trying to find new strategies to deal with the wheat shortages. New regulations dictate that wheat be used exclusively to make flatbread, a local staple. Amin Salam, Lebanon’s Minister of Economy and Trade, has also been trying to find alternative countries to import wheat from, such as India, France, and the United States.

Last week, Salam asked the United States for aid to pay for the import of $20 million worth of wheat, which would provide an additional month’s supply, a rare intervention from the state. Abou Haidar said the minister has also been communicating with other countries in an attempt to find similar solutions, and that the response has been encouraging, particularly from the US.

However, Zeina El-Khatib, a Research Associate at the Beirut-based research centre Triangle, told Al Jazeera that the ongoing shortages cannot be fully resolved with stopgap measures.

“I can safely say that the Russo-Ukrainian conflict certainly impacts availability and access [to fuel and wheat],” El-Khatib said. “Without a clear government plan in place to restore the national Lebanese strategic grain reserves, there is no viable sustainable alternative.”