wnw24
Home Politics Leaders of Japan, Vietnam oppose use of force in Ukraine 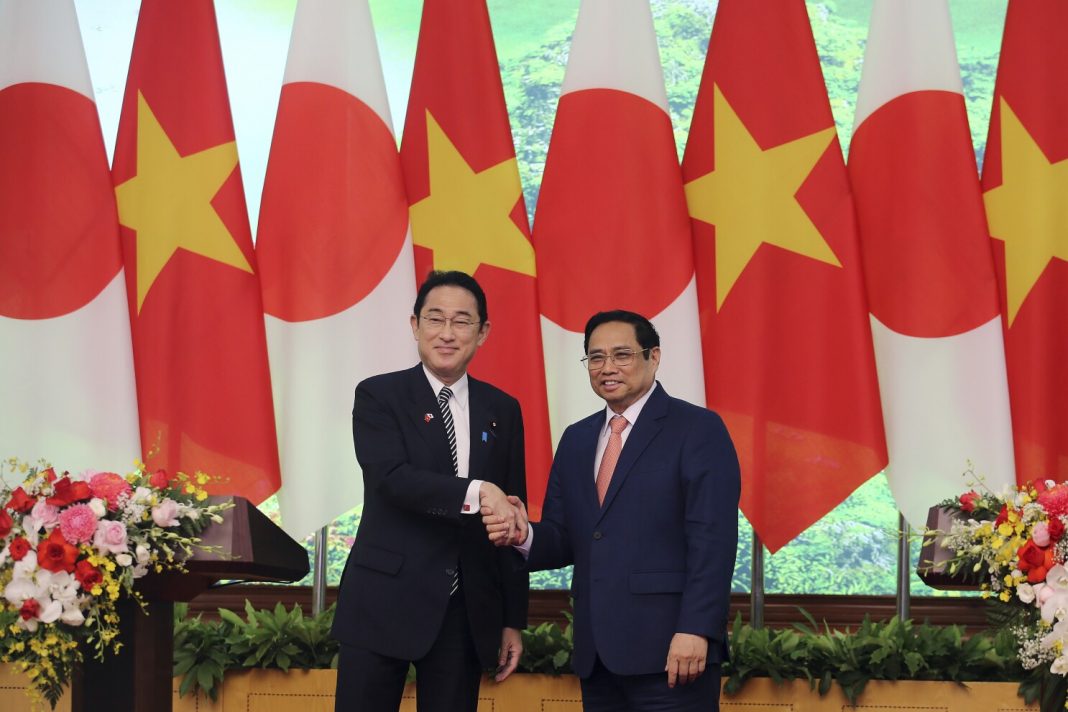 West News Wire: On Sunday, Japan’s Prime Minister Fumio Kishida met with Vietnamese authorities to discuss the crisis in Ukraine, saying they agreed on the importance of respecting international law and rejecting the use of force.

Japan has criticized Russia’s incursion and joined Western countries in placing sanctions on the Russian government. Like most other Southeast Asian countries, Vietnam has avoided publicly criticizing Russia, instead calling for moderation, adherence to the United Nations Charter, and negotiation to find a peaceful end to the situation.

Vietnam abstained from a vote at the U.N. General Assembly in March that deplored Russia’s invasion of Ukraine.

Vietnam is one of Moscow’s historic allies and Vietnam’s military has been equipped mostly with Russian weapons. It has also strong ties with Ukraine, where about 10,000 Vietnamese live, work and study. In recent years, Vietnam has forged closer ties with the United States in opposing China’s vast territorial claims in the South China Sea.

“We cannot accept the actions to change status quo by force in any region of the world,” Kishida said after talks with his Vietnamese counterpart, Pham Minh Chinh.

Kishida also criticized China’s actions in the South China Sea, where Beijing has constructed artificial islands and turned them into military outposts to reinforce its territorial claims that have been rejected by its smaller neighbors.