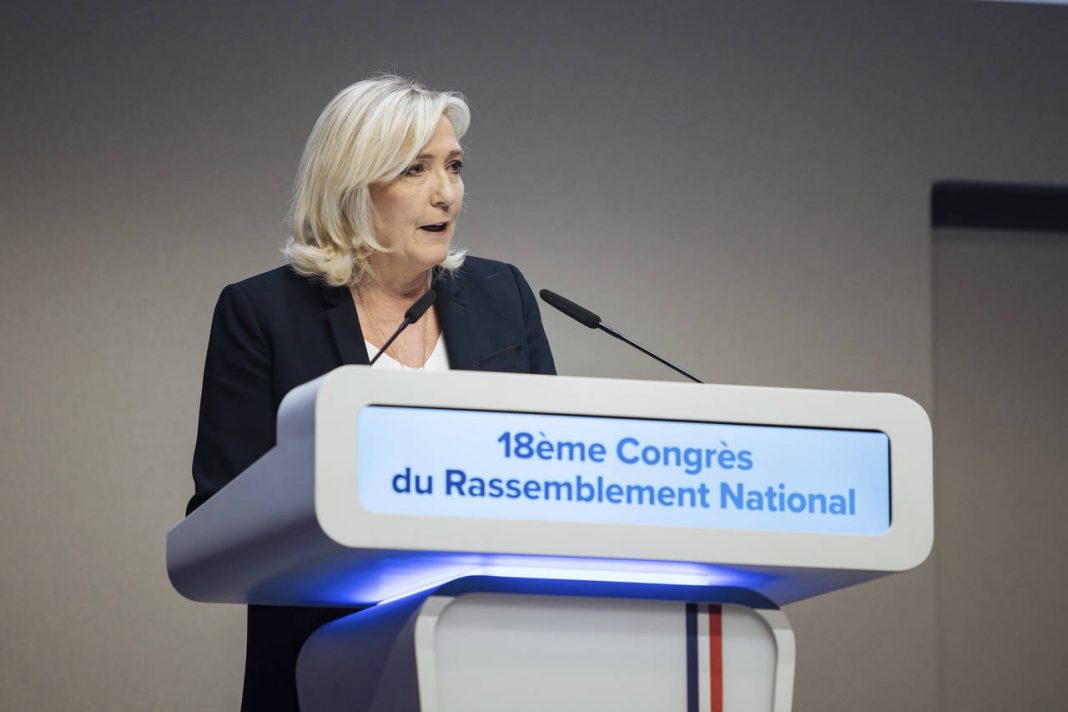 West News Wire: The biggest far-right party in France was led by European legislator Jordan Bardella, who took over for his mentor Marine Le Pen on Saturday. Bardella promised to defend French civilization from perceived challenges presented by immigration and defended a party member who made a racist statement in parliament.

With 85% of the vote, 27-year-old Bardella won a vote within the party, signaling a symbolic change of leadership at the resurgent National Rally party. Since the party’s founding fifty years ago, he is the first leader who does not have the Le Pen name.

The National Rally is looking to take advantage of its recent success in the French parliamentary elections and the rising popularity of far-right parties across Europe, particularly in Italy’s immediate neighborhood. It’s also facing broad public anger over an offensive comment this week by a National Rally member in parliament in response to a Black lawmaker.

Marine Le Pen is still expected to wield significant power in the party’s leadership and run again for France’s presidency in 2027. She says she stepped aside to focus on leading the party’s 89 lawmakers in France’s National Assembly.

To broad applause, she hugged Bardella after the results were announced at a party congress on Paris’ Left Bank, and both raised their arms in victory. Le Pen said Bardella’s main challenge will be pursuing the party “roadmap” of taking power in France.

“We are going to win!” supporters chanted.

Anti-racism activists, union leaders and politicians protested nearby Saturday against the National Rally, denouncing what many see as a creeping acceptance of its xenophobic views.

Yeliz Alkac, 30, told The AP that she was demonstrating to support people who face persistent racism in France. She described shock that the remark in parliament seen as denigrating African immigrants was seen as ”normal” by some in France.

“The fact that the National Rally has 89 lawmakers at the National Assembly is a strong signal. It should be a warning about how the extreme right is going strong,” she said.

In his speech Saturday, Bardella defended the National Rally legislator who was suspended over the remark, calling him a victim of a “manhunt.”

Bardella described his family’s Italian immigrant roots and pride at becoming French, but made it clear that not all foreigners are welcome.

“France shouldn’t be the world’s hotel,” he said, calling for “drastic” limits on immigration.

He welcomed a representative of Italian Premier Giorgia Meloni’s far-right party who came to the congress, calling for a “rapprochement” of similar forces in Europe.

Bardella had been the interim president of the National Rally since Le Pen entered the presidential race last year. He beat out party heavyweight Louis Aliot, 53, who had argued that the National Rally needs to reshape itself to be more palatable to the mainstream right.

The Le Pen family and the party also have deep ties to Vladimir Putin’s Russia. While Le Pen condemned Russia’s invasion of Ukraine, she has also questioned resulting Western sanctions against Russia, and her party took out a $9 million loan from the First Czech-Russian bank in 2014 that many see as a Russian effort to influence French politics.

“Le Pen won’t have to deal with the party (now) and can focus on the most important thing, leading the party’s lawmakers in the National Assembly,” he said.