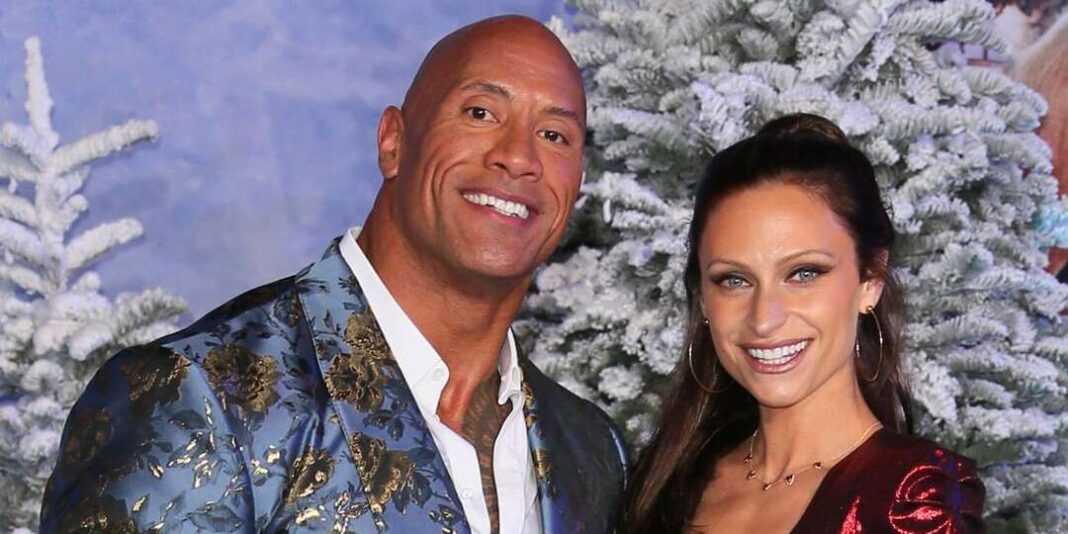 West News Wire: For Dwayne Johnson’s latest project, he turned to his rock. The Jungle Cruise actor and musician Lauren Hashian proved they’re partners in more ways than one by teaming up to create a cinematic commercial for beverage ZOA Energy, which aired throughout the 2020 Tokyo Olympics on NBC.

For the couple, who tied the knot in Hawaii two years ago, the film was one way to take their relationship to the next level. “It’s a dream to team up with my man,” Lauren wrote on Instagram alongside the final commercial.

Starring The Rock, the ad is set to Lauren’s song “Find Your Glory” and, boy, has she found it.

“Dwayne was thrilled to call me and my co-writers to see if we could collaborate for this commercial that would be showing during the Olympics,” she tells E! News in an exclusive interview. “He wanted it to be inspirational with depth and gravity to connect with every kind of person.”

Her directive? Keep it in the tune of Beethoven’s “Ode To Joy.” She jumped into action, along with artist Naz Tokio and producer Mike Zombie.

“I’m a big Sister Act fan, so I was privy to knowing that the song ‘Joyful Joyful’ is an interpolation of this Beethoven song,” Lauren explains. “‘Joyful Joyful’ really resonates on an emotional level with me and my crew, who were working on the track, so we chose to go in that direction creatively, because we felt it would give a real soul and depth.”

She says her collaborators wanted the music to reflect the “momentous events” of the Games and resonate with viewers at home, whom she calls “young dreamers.”

“My partner and righthand woman—and BFF, of course—Naz Tokio and I got right to work thinking about feelings and sentiments that we felt compelled and moved by, and we began to write the lyrics,” she recalls.

Mike then added his touch to make the song “triumphant and driving,” she says. “There was a really good feeling in the studio that night. We had the words and the music, and it was time to cut the record!”

But how did her hubby feel about her masterpiece?

“We sent Dwayne and his team the final product. And we really wanted to get this right. It was important to us,” she shares. “You should’ve seen us huddling over the phone, waiting for the answer back! There was no chill in that moment.”

Dwayne gave his glowing review on Instagram once it aired, saying he was “personally so proud” of his “incredibly talented” wife and her team for producing what he called an “INSPIRATIONAL ANTHEM.” The Fast & Furious actor wrote, “What an incredibly gratifying moment this is… Listen to Lauren sing this song ~ there’s some real soul and mana in these powerful words.”

“Those are two things that epitomize Dwayne for sure,” she tells E! News. “He is such a hard worker but also so funny in our life at home and with his friends and at work. And he really mixes humor at the right times!”

The 36-year-old songwriter says she has the “same vibe” with her colleagues and friendships as well. In addition to humor, Lauren firmly believes that the opportunity to create something “magical” fuels her in life, along with her love for her family.

“On a personal level, the things that drive me are love, happiness and balance,” she continues. “Trying to be a great mommy at every stage for my two baby girls. They’re constantly changing. Trying to be a great wife and friend and a good person, and to keep expanding on my openness to grow and to build more peace and balance for myself and everyone around me as well.”

The family has especially bonded over music. It turns out the couple’s two kids, 3-year-old Tiana and 5-year-old Jasmine, share their mom’s passion for singing.

“Jazzy and Tia love to sing, themselves,” Lauren reveals. “I bring them to the studio to get on the mic sometimes and we make up duets and record them. We usually record Christmas songs all year ’round. And we have some FIRE.”

Her eldest daughter is also a big fan of sports, so the Olympics were right up her alley as the fam watched gymnastics and track events together.

“Jazzy’s a little equestrian rider, so we also started watching the horse jumping and the swimming for her, too! Go athletes and, as Jazzy says, go horsies!” Lauren adds. Of course, she’s Dwayne’s cheerleader, too: “He has so much respect for all of the athletes and he really cares. We are so proud of him!!!”