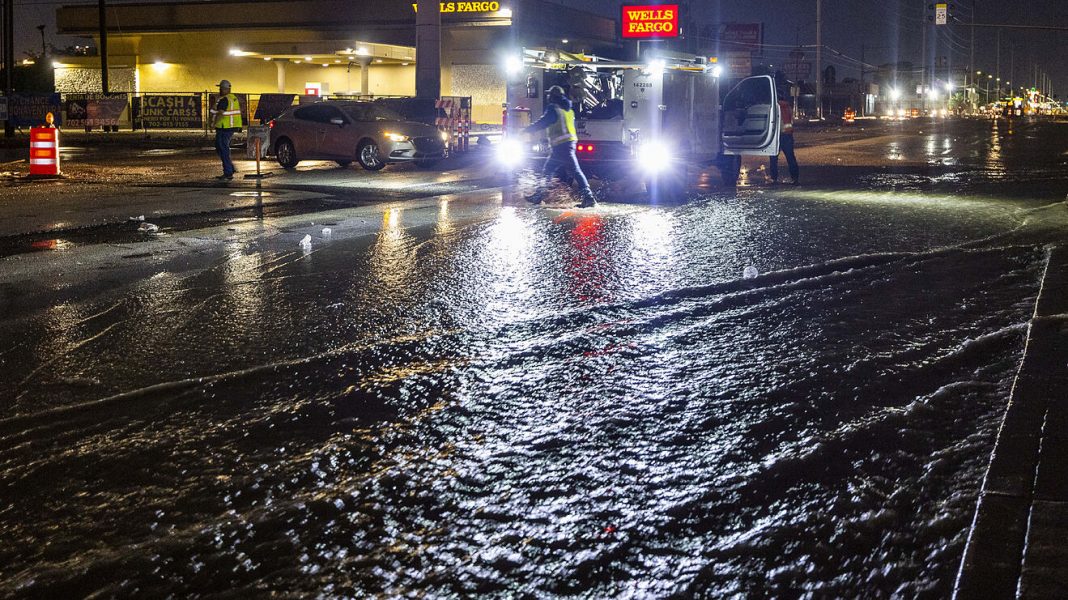 Some people could be seen being pulled from their vehicles.

During the height of monsoon season, flooding occurs. Southwest desert regions may receive all of their annual precipitation in a matter of days.

However, Las Vegas has been more dry than usual, causing the parched ground to behave like concrete during a night of heavy rain.

The city normally experiences 4 inches of rain each year, but the National Weather Service is reporting that some areas of Las Vegas saw over 1 inch of rain just on Thursday night alone.

Rarely seen footage of some of Las Vegas hotels, streets and casinos being flooded by heavy rain surfaced online as heavy rain and flash flood warnings are still in place in Sin City.

Some of the world’s most famous casinos flooded Thursday night in Sin City, as buildings all around the Las Vegas Strip were filled by heavy rain