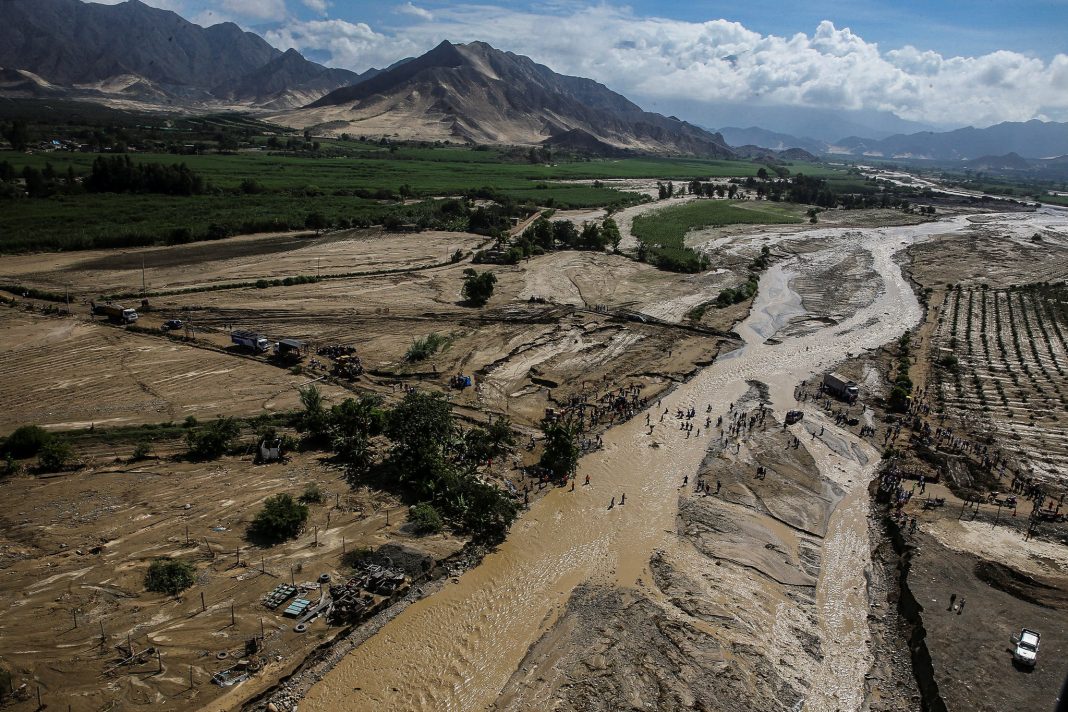 West News Wire: According to the authorities, part of a hill in northern Peru crumbled on Tuesday, burying at least 60 homes, with distressing photographs on social media showing entire apartment blocks being buried by the landslide.

The landslide has reportedly affected between 60 and 80 homes, according to local authorities.

The avalanche in the Peruvian region of Pataz, northern Peru on Tuesday killed one person and destroyed at least 60 to 80 dwellings. Seven homes were destroyed as a portion of a hill collapsed in the mining village of Retamas, according to Defense Minister José Luis Gavidia.

A 68-year-old resident was confirmed dead by President Pedro Castillo on Wednesday. Eight tenants who were rescued from the buried homes also suffered injuries; 15 people have been reported missing. At least seven residents, including three children, are reportedly trapped inside multi-family home. Authorities have evacuated 70 people from their homes and placed them in local shelters.

The collapse happened in an area that is home to mining workers and not safe for the construction of homes.

Peru has high rates of housing informality, with homes often built on the edges of rivers or on the sides of hills prone to landslides.