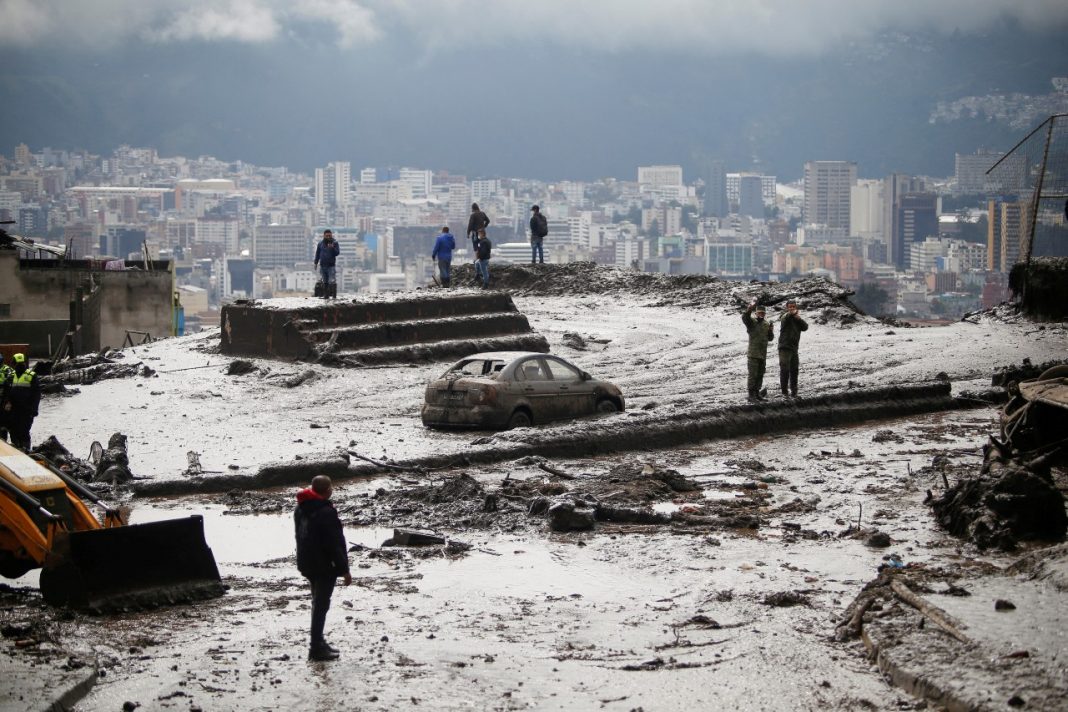 West News Wire: At least 24 people were killed and 12 others were missing in a landslide in Ecuador’s capital, Quito, Mayor Santiago Guarderas said on Tuesday, as rescue workers scoured homes and streets buried in muck after the biggest rainfall in nearly two decades.

Severe rains flooded a ravine near the working-class neighborhoods of La Gasca and La Comuna, dumping mud and debris on residents and disrupting electricity service.

48 individuals were hurt, according to the country’s disaster management organization.

“We saw this enormous black flood dragging along everything, so we had to climb the walls to get out,” said resident Alba Cotacachi, who had to flee with her two small kids from their home. “We’re on the lookout for the missing.”

Footage obtained by sources showed a man struggling to free himself from the muddy waters rushing down a residential street. Witnesses said the man was swept away as residents screamed for help.

Other videos showed a torrent sweeping away trees, vehicles, dumpsters and even electricity poles, while some people were rescued from the muddy water by neighbors.

Authorities have not ruled out the possibility of further landslides. The mayor’s office has set up shelters for affected families and has started clearing streets in the city.

Ecuador is facing heavy rains in several areas, which have caused rivers to overflow and affected hundreds of homes and roads.

Rains in Quito on Monday were equivalent to 75 liters per square meter, the highest in nearly two decades.