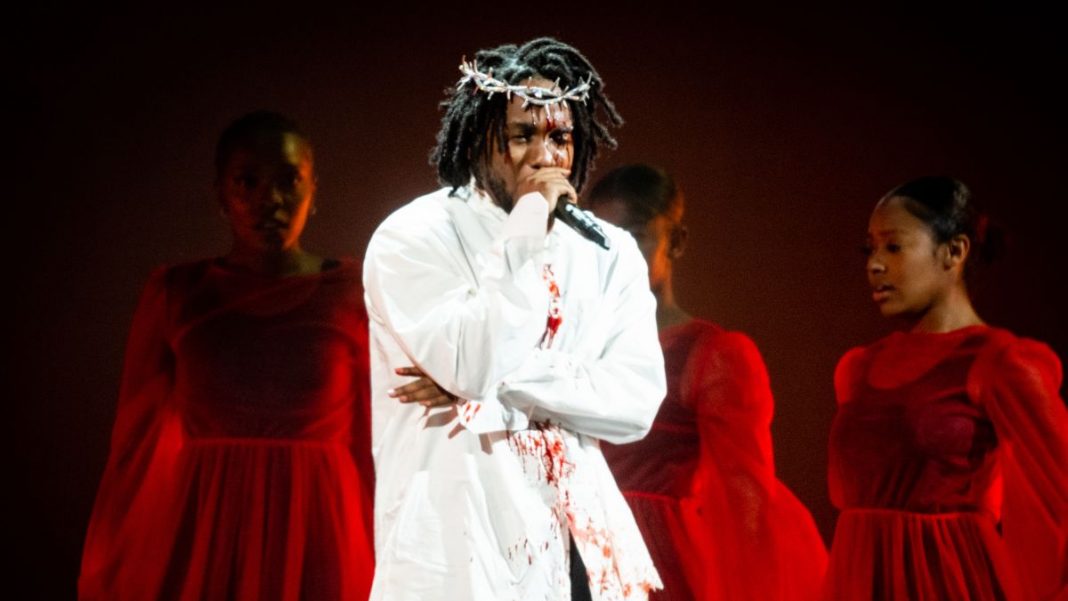 Lamar, 35, chanted “they judge you, they judge Christ” at the conclusion of his brand-new song, “Savior.” Godspeed for women’s rights,” he said at the music festival on Sunday before putting down his microphone and leaving the stage.

Two days after the U.S. Supreme Court decided to remove women’s constitutional protections for abortion, there was a dramatic protest.

The southwest England festival welcomed 200,000 music fans for the first time since 2019 and featured big names like Diana Ross, Billie Eilish, Paul McCartney, and Bruce Springsteen, among others. Rapper with a Pulitzer Prize in music also performed there.

Ross, 78, treated the crowds to hits including “Baby Love” and “You Can’t Hurry Love” earlier Sunday, while McCartney, 80, performed Beatles classics and newer material during a two-hour set on Saturday.

McCartney duetted with Springsteen, and thanks to technology, he also sang a duet of “I’ve Got a Feeling” with remastered vocals from the late John Lennon as footage of Lennon was played on large screens.

In all, 3,000 performers played at the four-day festival, which celebrated its 50th anniversary.