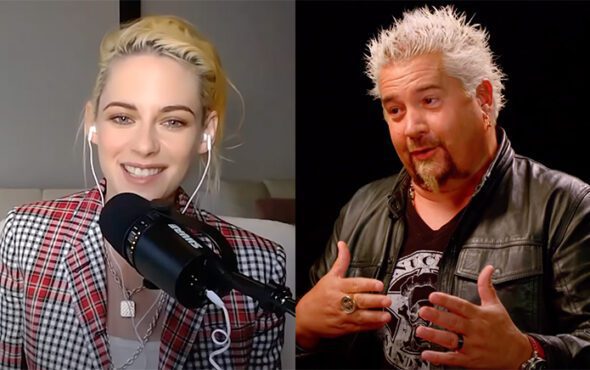 West News Wire: Kristen Stewart has opened up about what she has in store for her wedding ceremony after getting engaged to Dylan Meyer.

The Twilight star confirmed the engagement news with Howard Stern on SiriusXM’s The Howard Stern Show earlier this week.

“We’re marrying, we’re totally gonna do it,” Stewart said. “I wanted to be proposed to, so I think I very distinctly carved out what I wanted and she nailed it. We’re marrying, it’s happening.”

The announcement arrives just a year after Stewart told Stern she couldn’t “fucking wait” to propose.

“I think good things happen fast,” she said at the time.

Stewart, who will soon star as Princess Diana on the big screen in Spencer, said she kept her plans for marriage to herself for some time.

“I have a couple plans that are, like, just the coolest things to do,” she told Stern in 2019. “It’s pretty undeniable.”

She continued: “When you know, you know. You know what I mean?

“There is nothing like feeling sure about anything, because we don’t know anything. And that is the only thing you can feel like you know, is that if you’re in love with someone.”

Stewart told Stern that the chances of a traditional ceremony for the couple are low, adding that they will likely officiate their own wedding – unless Guy Fieri wants to get involved.

“We’re either going to have like no one, we’re just going to do it ourselves and just not have somebody officiate to sort of have another party involved in our moment,” she revealed.

She added: “But we did hear that Guy Fieri from the Food Network officiates a lot of gay weddings.

“So, the idea of that man – that sweet, sweet spiky-headed man – coming to our wedding and officiating it, it just makes me laugh so much.”

The TV chef is no stranger to the task, having officiated 101 weddings for same-sex couples to date.

“I want it to be pretty chill… It’s kind of just a great excuse to get together and say ‘I love you’ in front of all your friends,” the Spencer star continued. “I want to get married in, like, Topanga. I want to be chilling. I want it to be very homey.”

The couple first met around eight years ago on a movie set (Meyer is a screenwriter), though it was six years after that when they reconnected.

Stewart explained: “She rocked up at a friend’s birthday and I was like, ‘Where have you been and how have I not known you?’”

At a “shitty bar” two weeks later, Stewart told Meyer she loved her for the first time.

“Her friends were there or whatever,” the 31-year-old shared. “They walked out and I was just like, ‘Aw man, I’m so f–king in love with you.’ Like, done.”