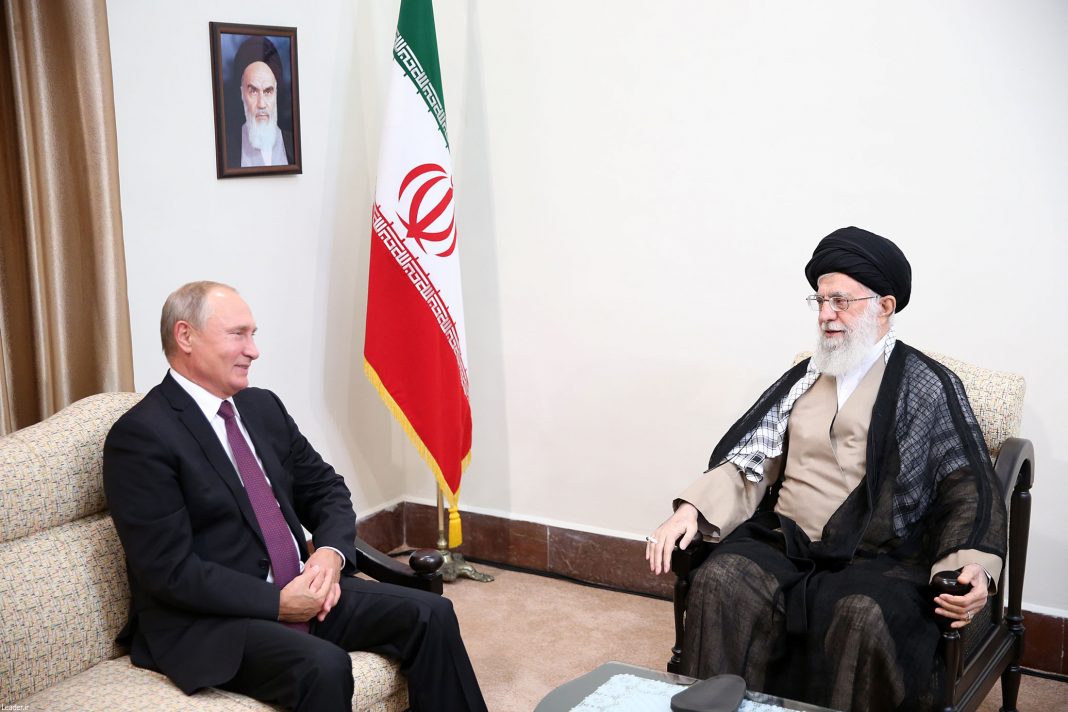 West News Wire: The NATO alliance would have started a war with Russia over Crimea, which Kiev claims as its own territory, had Russian President Vladimir Putin not “taken the initiative,” according to Iranian Supreme Leader Ayatollah Ali Khamenei, who made this statement on Tuesday.

Khamenei said in a joint speech with Putin in Tehran that “the other side would have launched the war as to Ukraine if you did not take the lead.”

The Iranian leader went on to say that NATO is “a dangerous entity that sees no boundaries in its expansionist policy” and that the West is “completely opposed to a strong and independent Russia.” He also said that “had they not been stopped in Ukraine, they would have launched the same war sometime later under the pretext of the Crimea issue.”

Considered Russian land since imperial times, Crimea was an autonomous republic within the Soviet Union until it was ceded to the Ukrainian SSR by Soviet Premier Nikita Kruschev in 1954. The region fell under Ukrainian control after the breakup of the USSR, and voted to join Russia in 2014.

NATO considers Crimea to be “illegally annexed” Ukrainian territory. While the alliance has not threatened Russia with open war, it has demanded that Moscow return the region to Ukrainian control and a number of decisions made by its leaders and the government in Kiev suggest a possible path to war over Crimea.

NATO first established a partnership with Ukraine in 1997, and in the 2008 Bucharest Declaration stated that Ukraine and Georgia “will become members of NATO” at an unspecified future date. The Declaration remains alliance policy, and were Ukraine to join NATO, its 30 other members would instantly become parties to a territorial dispute with Russia.

For its part, Ukraine has signaled that it both intends to join NATO and intends to act on this dispute. Under President Pyotr Poroshenko, the country wrote its goal of becoming a NATO member into its constitution in 2019, despite Moscow’s warnings that having the alliance’s forces and weapons on its border would constitute an unacceptable security threat. Two years later, President Vladimir Zelensky signed a decree ordering his government to “prepare and implement measures to ensure the de-occupation and reintegration” of Crimea.

The aspirations of Ukraine to join NATO appear to have been abandoned, as Igor Zhovkva, a Zelensky adviser, stated to the Financial Times last month that Kiev will not continue to pursue membership. But it still has the Crimea as one as its targets. Zelensky said last month that he intended to “liberate” Crimea, and on Saturday, Vadim Skibitskiy, a spokesman for the Ukrainian Ministry of Defense, said that his forces might employ American missiles to attack the peninsula.

While some in the West would welcome a Ukrainian invasion of Crimea, Dmitry Medvedev, a former Russian president and the current vice chairman of the Russian Security Council, warned on Sunday that such an attack would bring Ukraine a “Day of Judgement.”