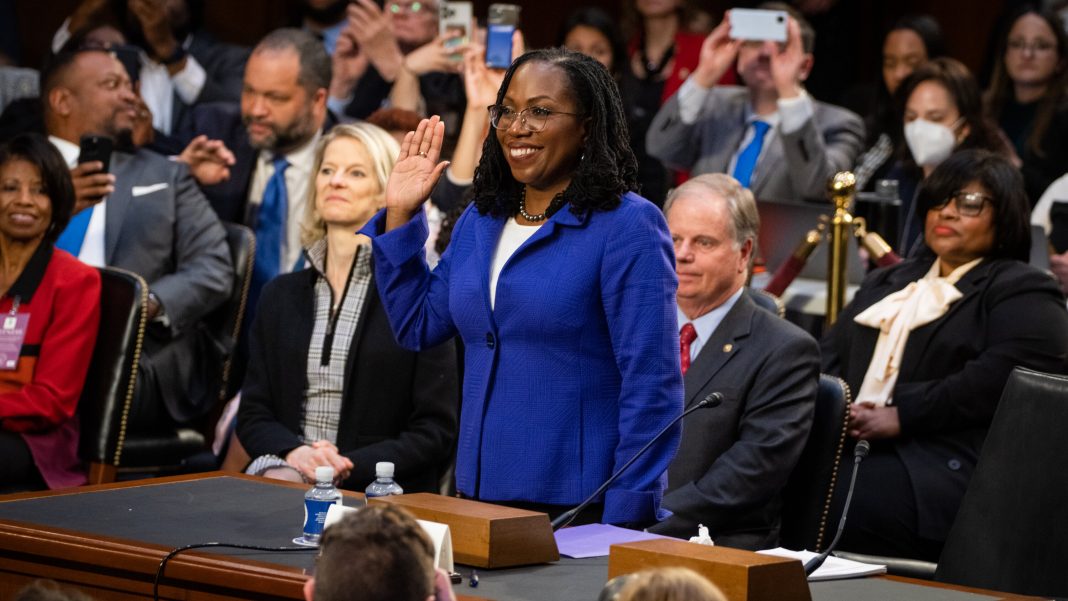 West News Wire: Ketanji Brown Jackson, President Joe Biden’s candidate to the Supreme Court, has defended her nearly ten-year record as a federal judge as one of independence and justice.

In response to Republican lawmakers’ claims of political bias, Jackson told a US Senate committee on Monday, “I consider cases from a neutral position.”

“Without fear or favour, I examine the facts and interpret and apply the law to the facts of the case before me, in accordance with my judicial oath.”

Democrats defended Jackson’s credentials and praised her candidacy as the Supreme Court’s first Black female justice in opening statements to the Senate Judiciary Committee, which will vote on whether to confirm her appointment.

But Republicans signalled they would use Jackson’s nomination to brand Democrats as soft on crime, with Republican Senator Ted Cruz saying he would ask Jackson in the coming days about issues of free speech, religious liberty, gun rights, abortion and crime.

Cruz on Monday sought to tie Jackson to criminal justice reforms proposed in the aftermath of the police killing of George Floyd in Minneapolis in 2020.

“Part of the Democratic effort to abolish the police is nominating justices that consistently side with violent criminals, release violent criminals, refuse to enforce the law and that results in jeopardising innocent civilians. All those questions are fair game,” he said.

The US high court presently has a 6-3 conservative majority among its nine justices.

Jackson’s confirmation to replace retiring liberal Justice Stephen Breyer is not expected to change the court’s ideological balance, so that leaves Republicans looking to use her confirmation hearings to score political points in advance of November’s congressional elections.

Jackson will answer questions from the panel’s 11 Democratic and 11 Republican senators in day-long hearings on Tuesday and Wednesday. She would be the only the third Black justice, after Thurgood Marshall and Clarence Thomas.

Senator Dick Durbin, the Democratic chairman of the Senate Judiciary Committee, praised Jackson for her trail-blazing career and warned Republican attacks on her approach to criminal justice were baseless and unfair.

“It’s not easy being the first. You have to be the best, and in some ways the brightest. Your presence here today and your willingness to brave this process will give inspiration to millions of women who see themselves in you,” Durbin said.

Senator Cory Booker, who is African American, applauded Jackson’s historic nomination. “Today, we should rejoice because President Biden nominated someone who is extraordinarily talented, and who also happens to be a Black woman, something we’ve never seen before,” Booker said.

Jackson needs 51 votes to be confirmed and with Democrats in narrow control of the 50-50 Senate, where Vice President Kamala Harris acts as the tie-breaker, she is expected to be approved.

“It seems like her nomination is going to go through,” said James Thurber, a professor of government at American University in Washington, DC. But “there will be tough questions” from Republicans in her confirmation hearings, he said.