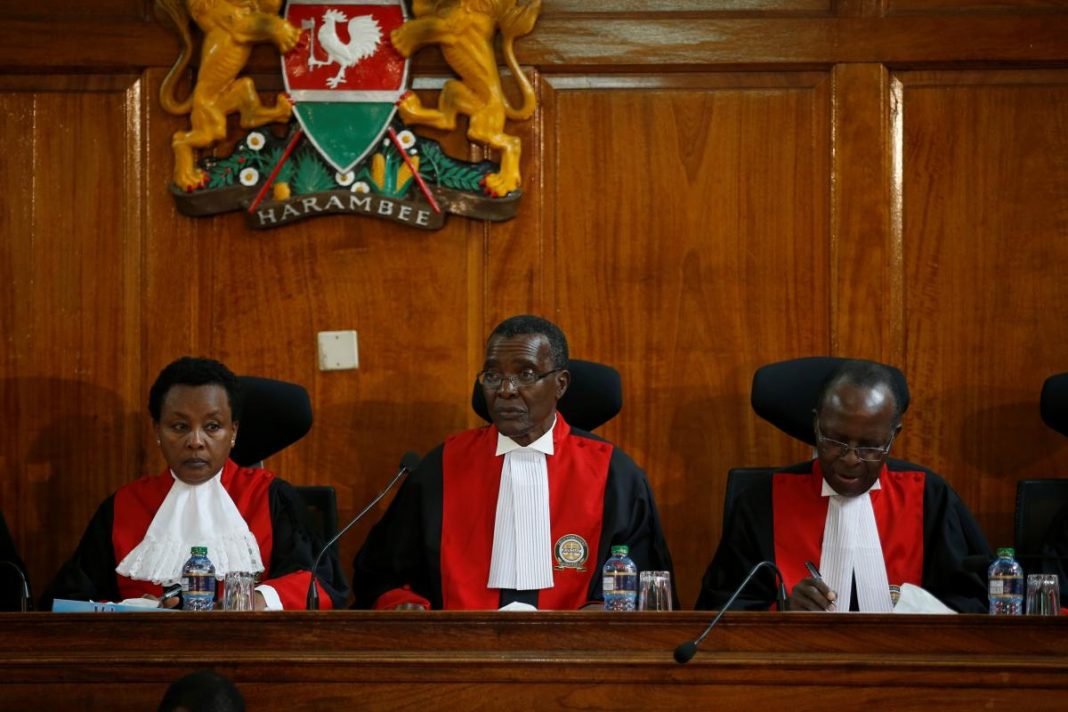 West News Wire: On Tuesday, Kenya’s Supreme Court outlined the inquiries it will address when rendering a decision about the contentious presidential election results from earlier this month, including whether the commission’s website was hacked.

Deputy President William Ruto was declared the victor in a close poll, but opposition leader Raila Odinga, who is running for president for a record fifth time, is appealing the outcome.

Out of the seven commissioners, four rejected the outcome.

Concerns about potential violence have been raised, similar to those that followed contested elections in 2007 and 2017.

In an unstable region, Kenya is a crucial ally of the West and is home to numerous multinational corporations and organizations’ regional offices.

The election commission has filed competing responses, with three commissioners supporting the process and four questioning it.

The Supreme Court will decide if the polling station returns were interfered with and whether the postponement of eight gubernatorial and legislative elections disadvantaged any candidate, said Chief Justice Martha Koome, the president of the seven-member court.

The court, whose decision on presidential election petitions is final, will consider whether there were unexplained disparities in votes cast for presidential and other races such as those for members of parliament, Koome said.

The court will also decide whether the tallying of presidential votes met constitutional standards, and whether Ruto attained the constitutional threshold of 50 percent plus one of the votes cast and whether any irregularities were substantial enough to nullify the poll, Koome said.

The court will issue its verdict on those questions on Monday.

In 2017, it ordered a rerun of the presidential elections due to irregularities, but upheld the victory of President Uhuru Kenyatta, who won after Odinga, then his rival, boycotted them.