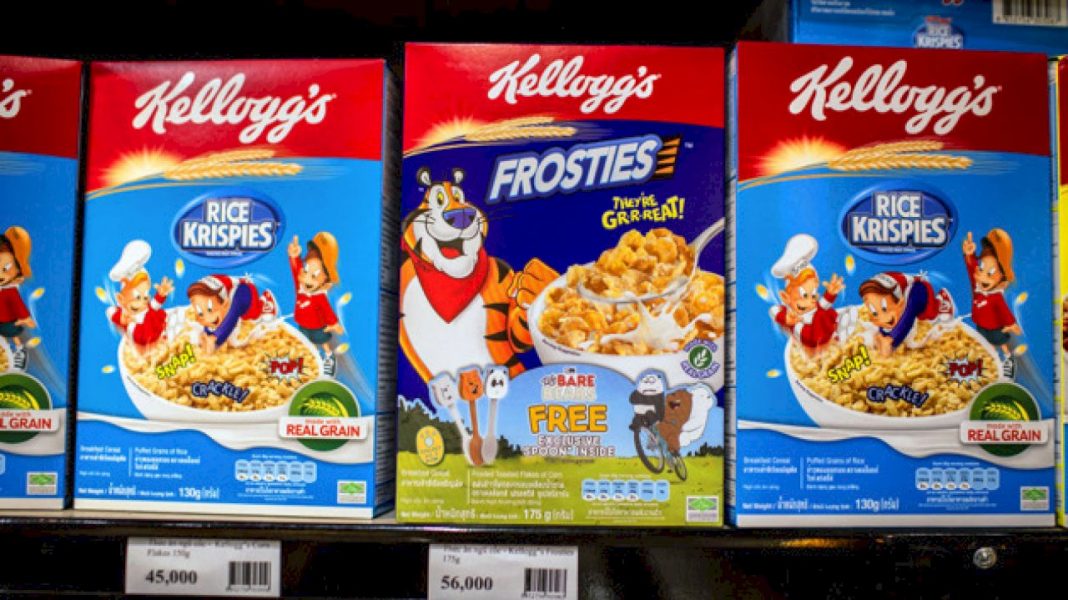 West News Wire: Kellogg has announced that it will split into three separate companies in order to provide “greater strategic, operational, and financial focus” for each of the new companies, which will be named later.

Kellogg will split its North American cereal and plant-based foods business, which is expected to account for 20% of Kellogg’s net sales in 2021, from its global snacking brands, cereal and noodle brands, and frozen breakfast brands, according to plans announced on Tuesday.

In a statement announcing the company’s plans, Steve Cahillane, Chairman and Chief Executive Officer of Kellogg Company, said, “Kellogg has been on a successful journey of transformation to enhance performance and increase long-term shareowner value.” “As part of that transformation, we’ve reshaped our portfolio, and today’s announcement is the next step in that process.”

“These businesses all have significant standalone potential, and an enhanced focus will enable them to better direct their resources toward their distinct strategic priorities,” Cahillane continued. “In turn, each business is expected to create more value for all stakeholders, and each is well positioned to build a new era of innovation and growth.”

Kellogg expects these moves to be completed by 2023 and the headquarters for the three companies set to focus on their global snacking brands, their cereal brands and their plant-based food brands will remain unchanged.

Said Kellogg: “After several years of transformation and improving results, the Company believes it is the right time to separate these businesses so they may pursue their particular strategic priorities.”

After the announcement, Kellogg rose more than 6% in pre-market trading on Tuesday.

The global snacking company, which earned $11.4 billion in revenue last year, will be made up of well-known brands such as Pringles, Cheez-It, Pop-Tarts, Kellogg’s Rice Krispies Treats, the Kellogg said. Sales at the snacking company last year also came from some cereal brands as well as frozen breakfast brands and the Eggo brand, the company added.

The cereal company accounted for $2.4 billion in sales last year through business in the U.S., Canada, and Caribbean, Kellog said. The cereal company sells brands such as Frosted Flakes, Froot Loops, Mini-Wheats, and Special K.

The plant-based company, which earned $340 million in revenue in 2021, will be anchored by the MorningStar Farms brand, which features an array of plant-based items such as chicken nuggets and sausage links, Kellogg said.