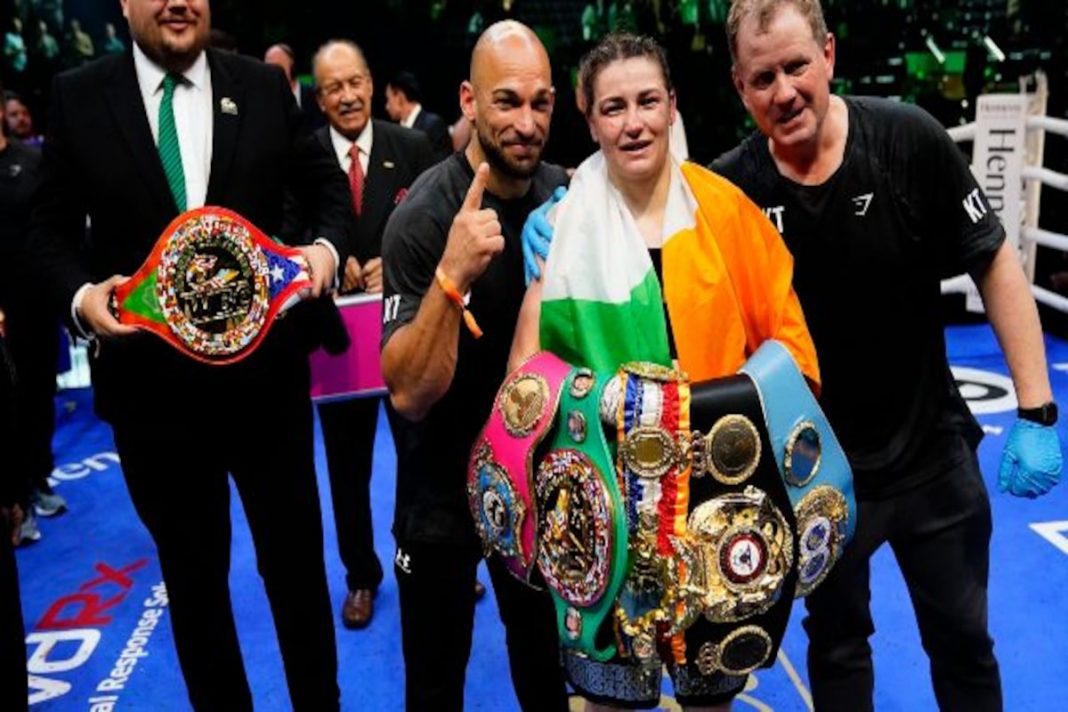 In a bout overflowing with action, spirit, and excellence, the Irishwoman regained her uncontested lightweight title.

In a bout that lived up to every expectation and hope, two of the three judges saw it for Taylor.

It was the first time two females had headlined the famous venue and after the first fight smashed every expectation, an even bigger rematch is surely in the works, with Dublin’s Croke Park mentioned as a potential venue.

“Absolutely. We have to do this again,” Taylor said after the result.

“It was an absolute war for 10 rounds. I’m grateful to be in this position and sell out Madison Square Garden. Look what we’ve just done.

“I said before that when you think Madison Square Garden, you think Muhammad Ali v Joe Frazier, but now everyone will be thinking of Katie Taylor v Amanda Serrano.

“She’s a phenomenal fighter. A great, great person. It was a privilege to fight her again.”

On such a seminal night for women’s boxing, two of its greatest servants delivered. Matchroom promoter Eddie Hearn might talk a big game but he could never have envisioned selling out Madison Square Garden, 19,187 tickets to be exact, with Taylor.

The build-up was dominated by the significance of the event, but Taylor and Serrano’s performances showcased women’s boxing’s incredible rise.

It has been the talent of the fighters and Taylor’s unshakable resolve that has dragged women’s boxing out of the shadows and into the spotlight.

Boxing has seen many nights like these, but never for two female headliners. Inside MSG, the support for both fighters was feverish, loud and constant.

Every punch was cheered like a knockout blow. The noise rose and fell, but never dropped below near-deafening levels.

The applause was as relentless as the action in the ring. Who wants to watch women’s boxing? Everyone, it seems.