wnw24
Home Politics Karolos Papoulias, the former president of Greece, died at the age of... 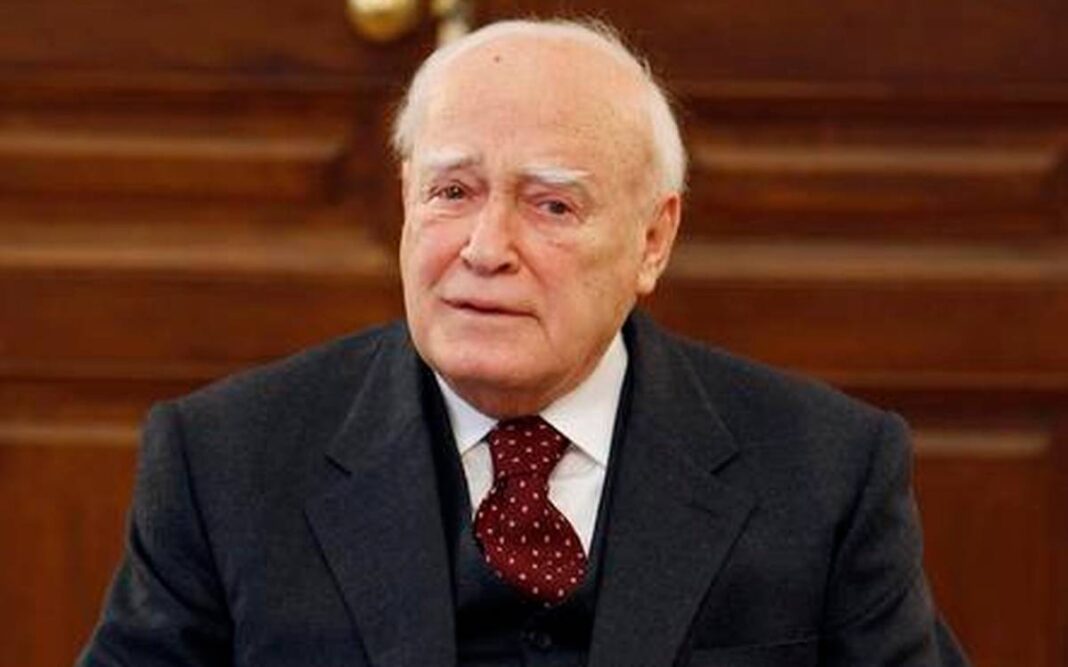 Papoulias, a long-serving socialist legislator and minister, was a close friend of Andreas Papandreou, the party’s founder, and an opponent of Papandreou’s successor, the moderate modernizer Costas Simitis.

In early 2005, conservative Prime Minister Costas Karamanlis, who took over from Simitis in 2004, proposed Papoulias for the primarily ceremonial office of president.

In February 2010, Papoulias was re-elected to a second term, a tenure defined by Greece’s financial crisis.

Papoulias had limited policymaking influence, but he was temperamentally opposed to upsetting the consecutive administrations he swore into power conservative, socialist, a conservative socialist coalition, and, in the last month of his reign, the leftist Syriza led government.

Karolos Papoulias was born on June 4, 1929, in a village near the city of Ioannina, in north-western Greece, the son of an army officer who retired as a Major General.

He owed his rather unusual name for a Greek to his godfather, a general and close friend of his father’s, who was an admirer of the Austrian Marxist politician Karl Kautsky.

At a very young age, he was involved in the resistance against the German occupation of 1941-44. After the liberation, Papoulias finished secondary school and studied law at the University of Athens.

He was also heavily involved in sports, taking part in several track and field events, and becoming Greece’s youth champion in the pole vault, while also being a member of the Greek national volleyball team.

Later in life, he served as President of Athens-based Ethnikos Athletic Club for 25 years.

In 1963, Papoulias settled in West Germany and in 1967, when a military junta seized power in Greece, he founded a resistance organization. It was during the 1967-74 period that he met and became close to Andreas Papandreou.

Returning to Greece in 1974, Papoulias was a founder member of the Panhellenic Socialist Movement and was elected to the Greek Parliament from 1977 to 2004. He was a member of all Papandreou governments, primarily in foreign affairs roles.

Papoulias was well-known for his close relations with Arab leaders, including PLO head Yasser Arafat and Libyan strongman Moammar Gadhafi, and, in general, was cool to Western policies.

As a lawmaker, he protested vigorously against NATO intervention in Kosovo in 1999 and voiced support for Serbian nationalist leader and suspected war criminal Slobodan Milošević.

One of his few official trips abroad was to attend the 2014 Winter Olympics at Sochi as a guest of Russian President Vladimir Putin.