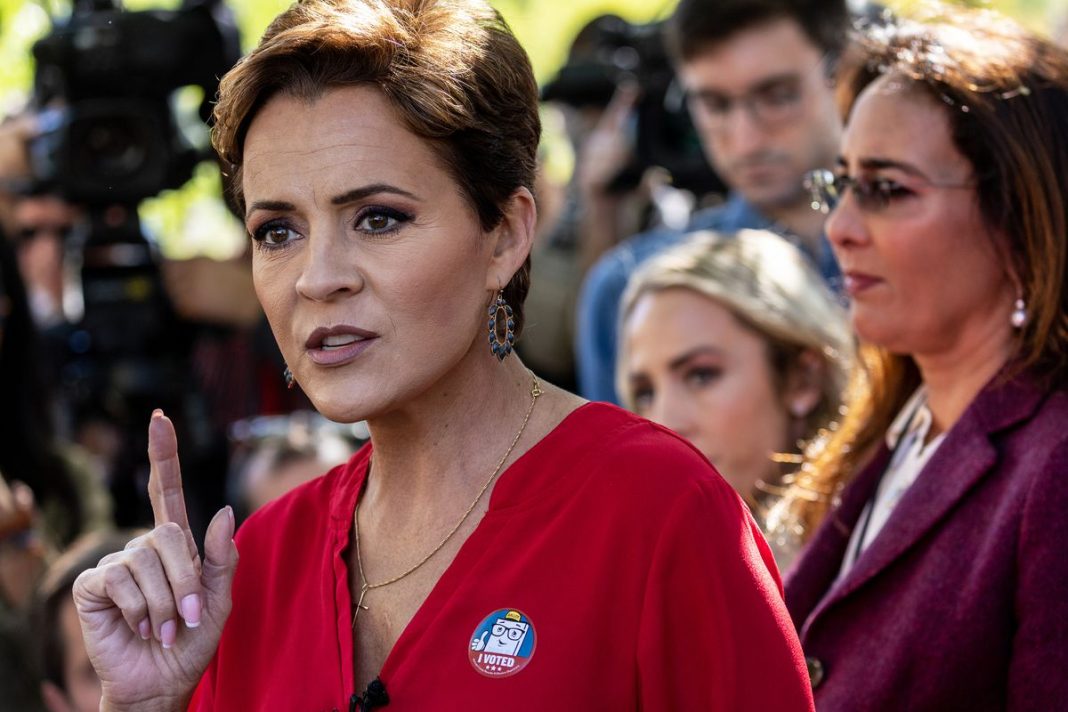 West News Wire: Republican Kari Lake launched the legal challenge she had been threatening in the wake of losing the Arizona governor’s election on Friday after for a long time refusing to commit to accepting the outcome of her contest if she lost.

Katie Hobbs, the Democratic candidate for governor and secretary of state, Stephen Richer, Scott Jarrett, and the office of the Maricopa County Board of Supervisors as well as specific members were named in a civil complaint filed on Friday with the Maricopa County Superior Court.

The lawsuit contains a number of untruths and misleading claims that mirror the unsuccessful legal challenges made by the legal team of the late President Donald Trump to annul the 2020 election.

The lawsuit seeks extraordinary, unprecedented and likely unlawful relief of fully overturning the state’s election and certifying her as the winner instead of Hobbs.

Lake is being represented by Bryan Blehm who previously repped the failed Cyber Ninjas effort to audit the 2020 election in Arizona, and Kurt Olsen, who reportedly talked to Trump on the day of Jan. 6 and pushed conspiracy theories to justify overturning that election.

Trump 2024 campaign attorney Christina Bobb tweeted a photo of the lawsuit filed against Maricopa County election officials minutes after the closing of business on Friday.

Lake, a former longtime local news anchor in Phoenix, followed in the footsteps of her most popular endorser, Trump, in refusing to accept defeat and raising doubts about the integrity of the election ahead of time. She tweeted minutes after Bobb on Friday about her grievances with the government, big tech and the media, but she did not specifically mention her election challenge.

After 70 of the state’s 233 voting places experienced printing issues on Election Day, Lake and her supporters criticized Maricopa County’s election officials, calling for a fresh election to be held. Officials from Maricopa County claim that no one was denied the right to vote since the printing problem only seldom occurred and because substitute voting choices were available on-site.

Election challenges must be submitted in accordance with Arizona law within a five-day window after the vote has been certified. After the results were certified on Monday, Lake’s final day to file a challenge seemed to be Friday.

Secretary of State Katie Hobbs, the Democratic governor-elect, presided over the official certification of Arizona’s vote, to the outcry of some Republicans like Lake. Hobbs has maintained she carries no conflict of interest as former secretaries of state have certified their own election wins and because her office does not count the votes.